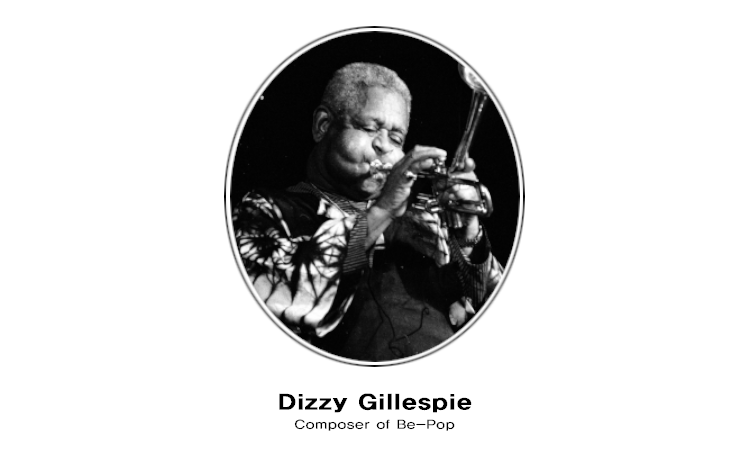 Dizzy Gillespie was one of the most famous composers of be-bop, a form of modern jazz that he created along with pianist Thelonious Monk, drummer Kenny Clarke, guitarist Charlie Christian, and alto saxophonist Charlie “Yardbird” Parker. Gillespie contributed an enormous amount to jazz and modern music and he played up until he died, which was on this day, January 6, 1993. Gillespie described be-bop as music with a different accent, ” … on the up beat. Instead of OO-bah, it’s oo-BAH. Different chords too.” Guess what city Gillespie played in the most.

Dizzy was one cool cat who jammed all over New York City, particularly along 52nd Street, often called “Swing Lane,” and “Be-Bop Alley.” Gillespie and the other musicians liked to hold long jam sessions in Harlem where they could show off their musical talents. Gillespie was quite a showman and he toured all over. He was known for his bent trumpet and having “moon cheeks” when he played.

Music styles borrow from each other. If you listen to Gillespie’s be-bop, maybe you will hear some chords and rhythms that are similar to the music you listen to today. Ask someone in your family about the music he or she heard growing up. What was different about it? How is hip-hop like be-bop? How is it different?