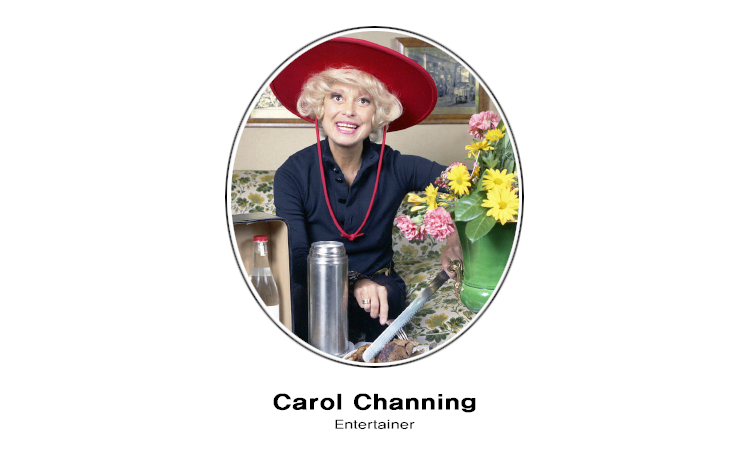 Hello Dolly! Hello Carol Channing! Channing played the part of Dolly Gallagher Levi in the debut of this classic American musical on January 16, 1964. “She is glorious,” raved theater critic Walter Kerr, as Carol Channing made her appearance on stage wearing a carrot-colored wig and false eyelashes fluttering over her large, expressive eyes. Hello Dolly, based on Thornton Wilder’s play The Matchmaker, was a smash hit. It received ten Tony awards and was named Best Musical of the Year in 1963-64. (Tony Awards are given to plays that run on Broadway in New York City.)

An actress, singer, comedienne, and impersonator, Carol Channing was born in Seattle, Washington, on January 31, 1921, and grew up in San Francisco, California. During her career, she starred in movies, performed in many Broadway plays and musicals, and had her own nightclub act. Besides Dolly Levi, she also made famous the character of Lorelei Lee in Gentlemen Prefer Blondes (1949), singing “Diamonds Are a Girl’s Best Friend.” Ask members of your family if they know these famous musicals or others like them.