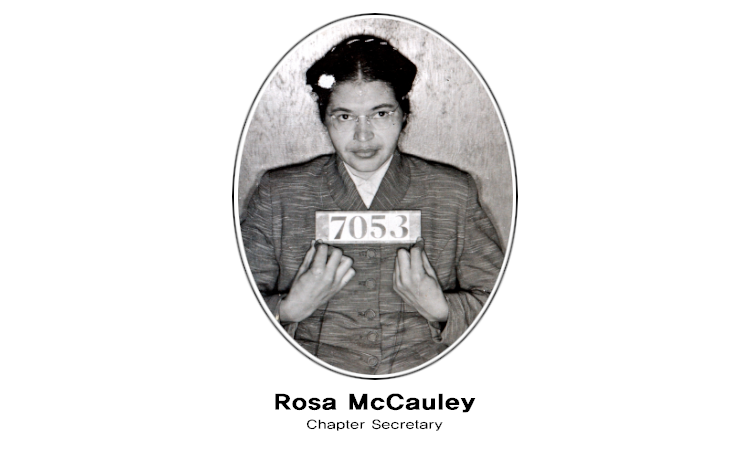 Rosa Parks stood up for what she believed, or rather, sat down for what she believed. On the evening of December 1, 1955, Parks, an African American, was tired after a long day of work and decided to take a seat on the bus on her ride home. Because she sat down and refused to give up her seat to a white passenger, she was arrested for disobeying an Alabama law requiring black people to relinquish seats to white people when the bus was full. (Blacks also had to sit at the back of the bus.) Her arrest sparked a 381-day boycott of the Montgomery bus system. It also led to a 1956 Supreme Court decision banning segregation on public transportation. Who was Rosa Parks, the woman who helped spark the civil rights movement of the 1960s?

Rosa McCauley was born in 1913. At age 20, she married Raymond Parks, who encouraged her to earn her high school diploma. The couple was active in the Montgomery Chapter of the National Association for the Advancement of Colored People (NAACP). While working as a tailor’s assistant, Mrs. Parks served as chapter secretary. Later, she advised the NAACP Youth Council. Denied the right to vote on at least two occasions because of her race, Rosa Parks also worked with the Voters League to prepare blacks to register to vote.

Parks’s arrest was followed by a one-day bus boycott on her court date. To successfully challenge segregated public transport, however, the NAACP knew it needed continued action. The new pastor at the local Dexter Avenue Baptist Church became the leader of the boycott. His name was Reverend Martin Luther King Jr. King insisted on nonviolent action to achieve the goal of justice. “We must use the weapon of love,” he said. In December 1956, the Supreme Court banned segregation on public transportation, and the boycott ended over a year after it had begun. Rosa Parks became known as the “Mother of the Civil Rights Movement,” honored with awards around the world. In her situation, would you have done what Rosa Parks did?