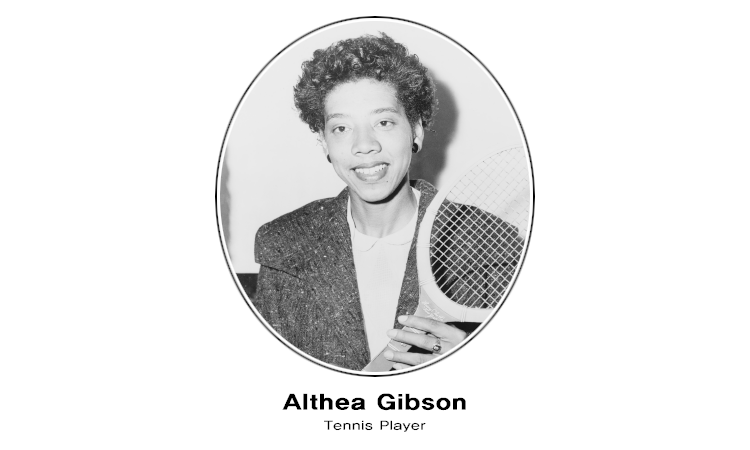 Have you ever been the first person to do something? Maybe in a sport or at school? Long before Monica Seles, Steffi Graf, or Chris Evert won the women’s singles title at the Wimbledon tennis tournament in England, there was Althea Gibson. Gibson not only won the title on July 6, 1957, she was the first African American (male or female) to win a tennis championship at Wimbledon. The Wimbledon title was just the beginning of a long line of Gibson “firsts.”

Althea Gibson was fourteen years old when she took her first tennis lesson, and one year later, she won her first tournament. Gibson was a great athlete. She was the first African American to compete for the U.S. Nationals. She won many U.S. and international titles, but Althea Gibson had something much tougher than tennis tournaments to face.

Throughout her career, Althea Gibson struggled against segregation, the practice of separating blacks from whites. Imagine winning a tournament and then not being allowed into the same hotel or restaurant as the other players. It might make you want to quit playing tennis, but Althea Gibson never gave up. She became the first black woman to be named Athlete of the Year by the Associated Press–twice. All those Gibson “firsts” helped pave the way for future champions like Venus and Serena Williams. When it is time for you to venture out into the world, what is the first thing that you’d like to do?