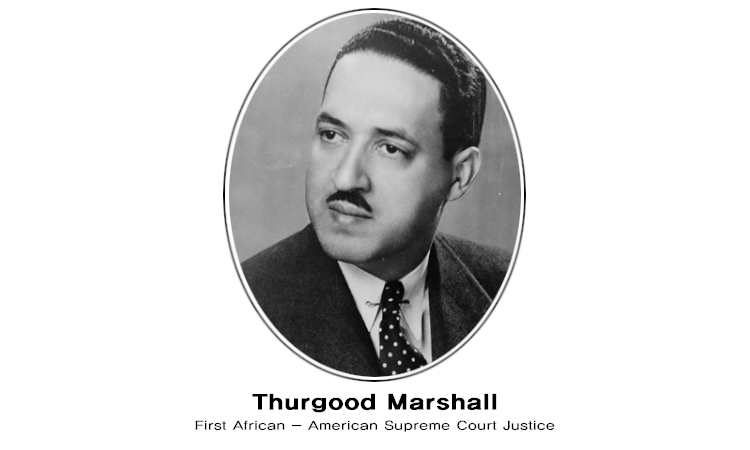 Have you ever been treated unfairly because of your age, the color of your skin, or where you live? Thurgood Marshall worked all of his life to make sure all people were treated fairly, especially under the law.

Thurgood Marshall had a noteworthy first name, but it fit him well because he was a noteworthy person. On October 2, 1967, he became the first African-American Supreme Court justice. Of course, Marshall had accomplished plenty of other things before then.

Is there something that bothers you so much that you could spend your whole life working to change it? Even before he became a Supreme Court justice, Thurgood Marshall worked to end racial discrimination. For many years, he was on the staff of the NAACP (National Association for the Advancement of Colored People). In 1954, Marshall argued before the Supreme Court that segregating school children based on their race was against the Constitution. The Supreme Court agreed with him.

Thurgood Marshall spent nearly twenty-five years on the Court, and retired in 1991. When he died on January 24, 1993, many people felt the nation had lost a valuable leader and a pillar of justice.