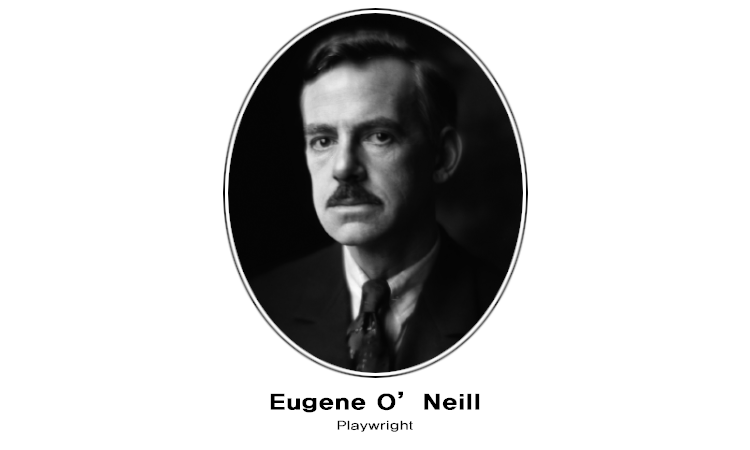 Eugene O’Neill worked as a gold prospector in Honduras and as a seaman on a tramp steamer before he discovered success as a playwright. He was 28 years old when he joined a group of young artists vacationing at the seaside resort of Provincetown, Massachusetts.

Together they turned a building on Captain Jack’s Wharf into a stage. Calling themselves the Provincetown Players, and their stage, the Playwrights’ Theater, the group wrote and performed their own plays. The Players received good reviews, and when the summer season closed they felt ready for New York.

On November 3, 1916, the Playwrights’ Theater opened its first New York season in a small space in Greenwich Village. The premiere featured three short plays, including Bound East for Cardiff, a one-act play by O’Neill. The November 3 production marked the New York debut of one of the most influential American artists of the 20th century.

O’Neill lived from 1888 to 1953. He won four Pulitzer Prizes for his plays and the Nobel Prize for literature. And, he is credited with transforming American theater. O’Neill’s plays continue to make audiences laugh, cry, and think about life. A recent production of his play The Ice Man Cometh received a Tony Award nomination for Best Revival.