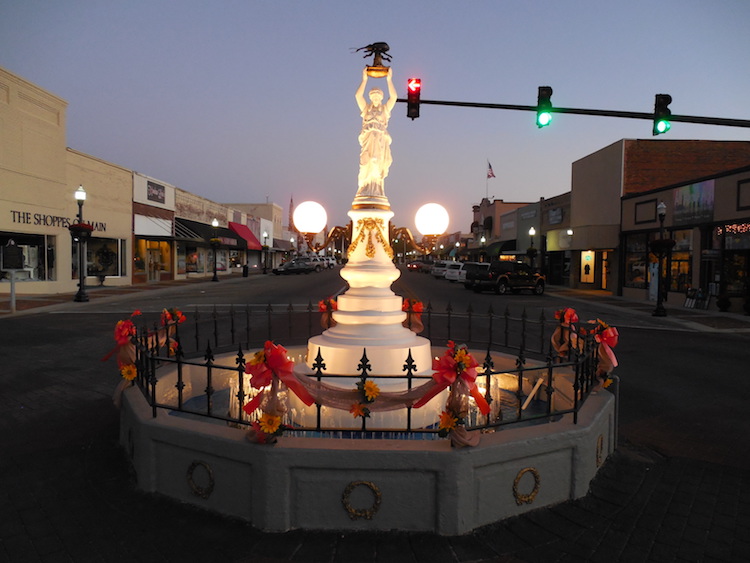 Can you imagine erecting a monument honoring an insect? Well, that’s exactly what the people of Enterprise, Alabama, did on December 11, 1919, when they built a monument to the boll weevil, a tiny insect pest that devastated their cotton fields and forced farmers to pursue mixed farming and manufacturing.

This photo of a cotton field is called “King Cotton,” a phrase that was frequently used by Southern politicians and authors before the U.S. Civil War, indicating the high economic and political regard in which cotton production was held. How big do you think a boll weevil is?

The boll weevil is a beetle measuring an average length of six millimeters (shorter than the average length of the nail on your pinky finger). It’s called the boll weevil because it destroys the cotton boll, the seed pod that contains the cotton. The parasite entered the United States via Mexico in the 1890s, and reached southeastern Alabama in 1915. Today it is still the most destructive cotton pest in North America.

The boll weevil forced farmers to switch to growing different crops, such as peanuts, which not only returned vital nutrients to soils depleted by cotton cultivation, but also was a successful cash crop for local farmers. Some farmers stubbornly refused to plant anything but cotton and they suffered for it, sometimes losing their farms.

By mid-1921, the boll weevil had entered South Carolina. The tiny pest played a big part in the economic troubles of Southern farmers during the 1920s, and particularly during the Great Depression of the 1930s.

As late as 1939, Farm Security Administration photographer Marion Post Wolcott, on assignment in Wake County, North Carolina, noted the damage that the insect caused. Why do you think the people in Alabama built a monument to this pest? One reason is because it forced residents to end their dependence on cotton and to pursue the farming of other crops as well as manufacturing.