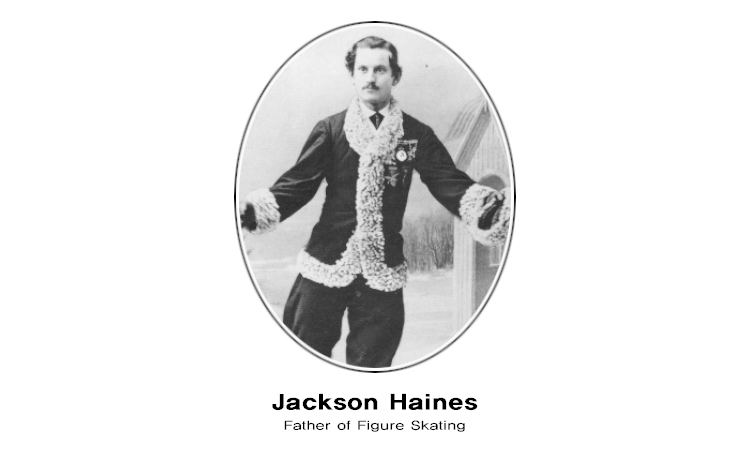 Humans may have skated across the ice on a pair of rib bones from a local reindeer as early as 1000 B.C. Some 2,800 years later, just before the start of the Civil War, an ice skating craze swept across the U.S. In big cities and small towns, people strapped skates over their shoes and took to the ice.

Unlike today’s competitors, skaters who participated in ice skating championships in the mid-1800s had a limited number of moves, made in a stiff and rigid style. It took the father of figure skating, and a new century, to add grace and flair to the sport.

Jackson Haines, the father of figure skating, originated the type of figure skating you see on TV today. In the 1860s he brought ballet style and techniques to the sport. Although he won the U.S. men’s championship, his expressive style did not yet catch on in the U.S.
Haines went to Europe in 1865 and became a popular success but died before his style of skating caught on. Called the “International Style,” Haines’s form of skating eventually overcame resistance in the U.S., and on March 20, 1914, the first national figure skating championships in the “International Style” were held at New Haven, Connecticut. Have you developed your own personal style of skating? Would a pair of reindeer rib bones help?