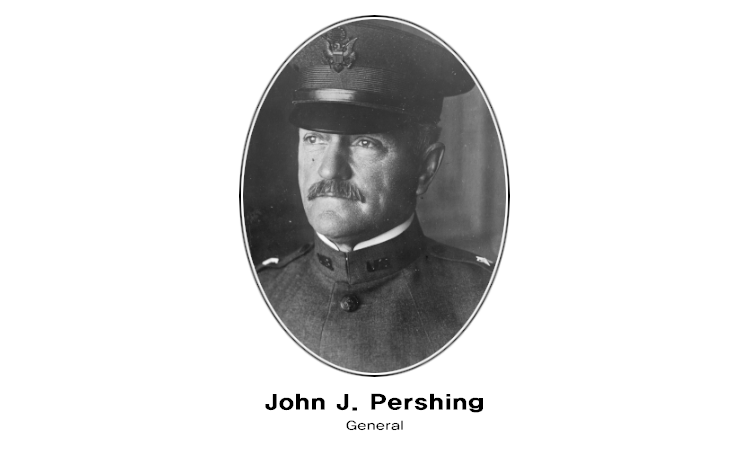 Since 1917, when the U.S. declared war on Germany and entered World War I, American divisions had fought in Europe. But they had only fought in support of the major French or British units already firmly entrenched in the effort. On September 12, 1918, the American Expeditionary Forces (AEF) under General John J. Pershing launched their first major offensive in Europe as an independent army. Their successful campaign was a major turning point in the war for the Allies. Ultimately, U.S. forces helped to defeat Germany earlier than expected.

Pershing’s first target was a triangular piece of land between the fortified French cities of Verdun and Nancy known as the St. Mihiel salient. German troops occupied the St. Mihiel salient as a base for their planned push toward Paris. The occupation of Paris would have been devastating to the Allies. The U.S. First Army under Pershing bombarded the fortress, and in only four days, had destroyed the Germans’ hold on the area. Though Pershing was determined to maintain the integrity of the AEF as an independent army, he allowed Allied commander Marshal Ferdinand Foch to take the lead in another battle, the Meuse-Argonne offensive. What do you think was the result?

In the Meuse-Argonne offensive, the combined Allied offensive against the Western Front successfully forced the German retreat. By October, Germany’s defeat was certain, and the war came to an end earlier than expected. Leaders signed the Armistice on November 11, 1918.

Before this outcome, Pershing spoke to American citizens at home in a recorded broadcast from the battlefields of France. He called for support in “the spirit of our forefathers.” President Woodrow Wilson encouraged this call for support, because Pershing had earlier estimated the need for 3 million American troops on European soil by 1919, a larger force than Wilson intended to send. Undoubtedly, the strength of Pershing’s army in 1918 saved the lives of those men who would have come after.