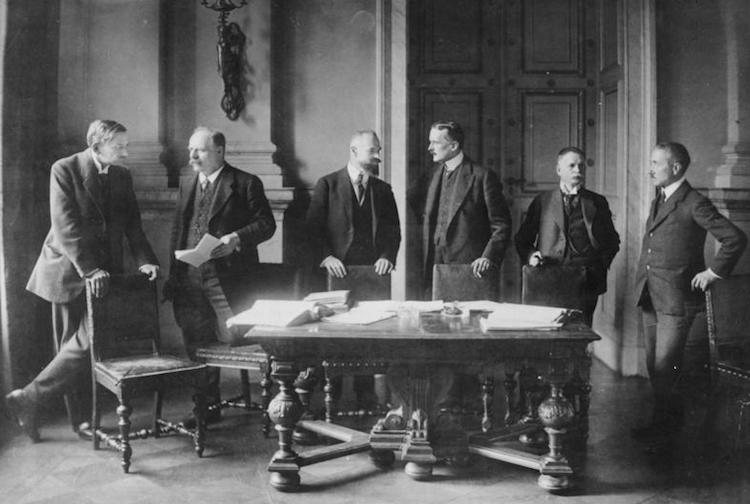 World War I (1914-1918) was finally over. This first global conflict had claimed from 9 million to 13 million lives and caused unprecedented damage. Germany had formally surrendered on November 11, 1918, and all nations had agreed to stop fighting while the terms of peace were negotiated. On June 28, 1919, Germany and the Allied Nations (including Britain, France, Italy and Russia) signed the Treaty of Versailles, formally ending the war. (Versailles is a city in France, 10 miles outside of Paris.) The United States did not sign the treaty, however, because it objected to its terms, specifically, the high price that Germany was to pay for its role as aggressor. Instead, the U.S. negotiated its own settlement with Germany in 1921. Do you know what triggered the conflict, sometimes called the “Great War”?

Disagreements in Europe over territory and boundaries, among other issues, came to a head with the assassination by a Serbian zealot of the Archduke Ferdinand of Austria on June 28, 1914. Exactly one month later, war broke out, and by the end of 1915, Austria-Hungary, Bulgaria, Germany and the Ottoman Empire were battling the Allied Powers of Britain, France, Russia, Italy, Belgium, Serbia, Montenegro and Japan. In 1917, the U.S. entered the war after the British passenger liner the Lusitania was sunk by a German submarine, killing 128 Americans.