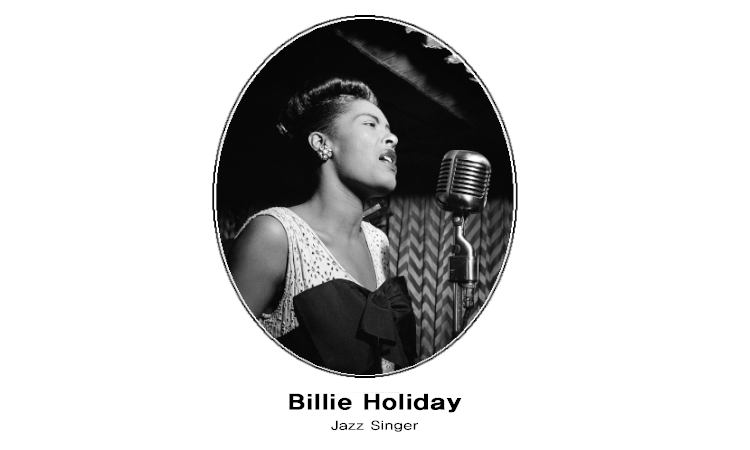 This lady could sing the blues! Jazz singer Billie Holiday, later nicknamed “Lady Day,” was born on April 7, 1915, in Baltimore, Maryland. In her autobiography, Lady Sings the Blues, Holiday says, “Mom and Pop were just a couple of kids when they got married; he was 18, she was 16, and I was three.” Despite a challenging childhood and no formal musical training, Billie Holiday made her professional singing debut in Harlem nightclubs in 1931. By 1933, she had made her first recordings. Do you think her parents really named her “Billie?”

Born Eleanora Fagan, she gave herself the stage name Billie after Billie Dove, an early movie star. While becoming a star, Holiday faced racism. Some laws created separate facilities, public spaces, and seats on buses for blacks, and some restaurants would serve only white people. As a result, Holiday sometimes found herself singing in clubs that refused service to blacks. Her 1939 version of “Strange Fruit,” a song about lynching, was described as the most haunting and sad “expression of protest against man’s inhumanity to man that has ever been made in the form of vocal jazz.”

Billie Holiday worked with many jazz greats including Count Basie and Benny Goodman. She sang in small clubs, large concert halls, and the film New Orleans. She even arranged and composed her own songs such as “I Love My Man” and “God Bless the Child.” Many people mourned the loss of “Lady Day” when she died in New York at the age of 44. Have you ever heard a Billie Holiday recording? Ask your family if they have.