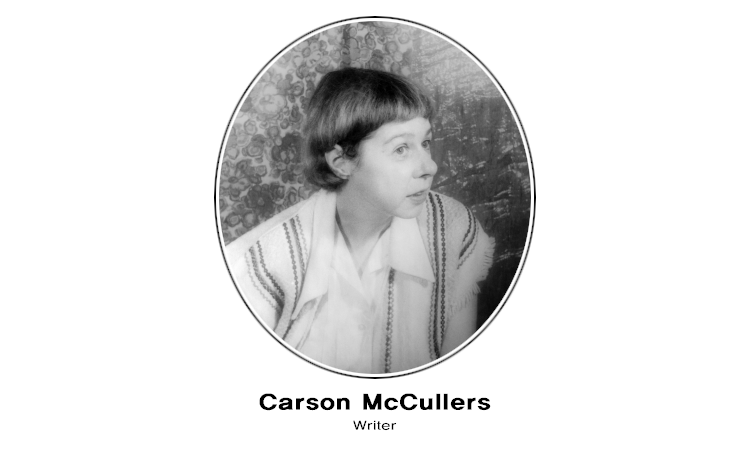 Carson McCullers knew all about the South because she grew up there. She must have known about feeling lonely, too, because her stories center on the lives of lonely people. Her most famous novel, The Heart is a Lonely Hunter, looks into the “lonely hearts” of four people in a Southern mill town during the Great Depression. Born Lula Carson Smith on February 19, 1917, in Columbus, Georgia, Carson McCullers did not always want to be a writer.

McCullers went to New York City at the age of 17 to study music. In 1937, she married writer Reeves McCullers. They divorced a few years later, but married each other again in 1945.

In 1946 she wrote about a motherless 13-year-old girl named Frankie. When her brother marries, Frankie wants to go with him on his honeymoon. The book, A Member of the Wedding, was made into a stage play in 1950 and into a film in 1952. Even though she was paralyzed on the left side of her body at the age of 29, that didn’t stop Carson McCullers from writing many stories. What have you experienced in your life that you can write about?