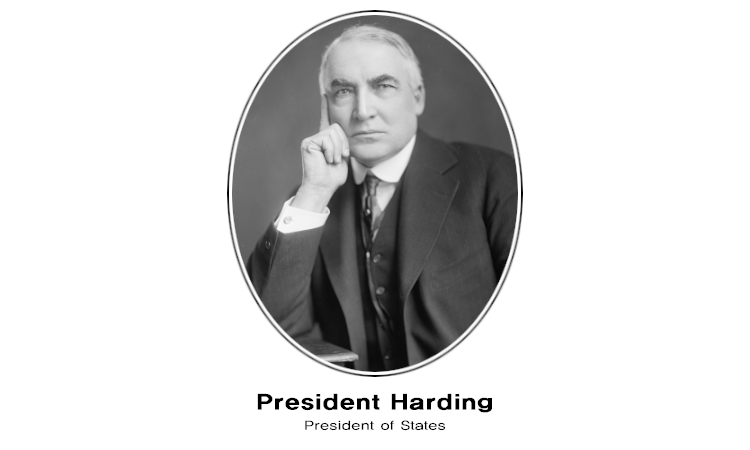 February 8, 1922
President Harding Installed a Radio in the White House

February 8, 1922, was a big day at the White House. On this day President Harding had a radio installed. At the time, radio was the hottest technology there was, and the White House was on the cutting edge. Almost two years later, Calvin Coolidge, who followed Harding, was the first president to broadcast from the White House. Coolidge’s address for Washington’s Birthday was heard on 42 stations from coast to coast.

Before that historic broadcast, radio had played a big role in Coolidge’s victory in the 1924 presidential election. The night before the election, Coolidge made history when the largest radio audience ever tuned in to the broadcast of his final campaign speech. Coolidge won the election easily, and in March, Americans listened for the first time to their president take the oath of office on the radio.

Back in the 1920s, radio was in what is now called its “golden age.” Broadcasting was more than a business or a job–it was considered to be a very glamorous profession. Radio was a formal affair; announcers dressed up for work in tuxedos and evening gowns, even if there was no studio audience. Many local stations had a staff orchestra, and some had their own dramatic groups. Each station had its own group of fans who tuned in each week to listen to their favorite programs. Radio was at its peak then, and its influence is much like that of TV or the Internet today.

Starting in the 1920s, people gathered around the radio to listen to programs or the news, much like we gather around the TV. With its new popularity, radio became a powerful communication tool in politics. Franklin Delano Roosevelt, who became president in 1933, used the radio to deliver regular updates to the American public. In his first address, he explained his plan for fighting the Great Depression, “My friends, I want to tell you what has been done in the last few days, why it has been done, and what the next steps are going to be.” The talks became known as “fireside chats,” named by Harry Butcher, a CBS station manager in Washington.

Today, although we still have radio addresses by the president, more people see the president speak on television than listen to him on the radio. In 1939, Roosevelt was the first U.S. president to deliver a televised speech. The “golden age” of radio was about to fade as television entered its “golden age.”