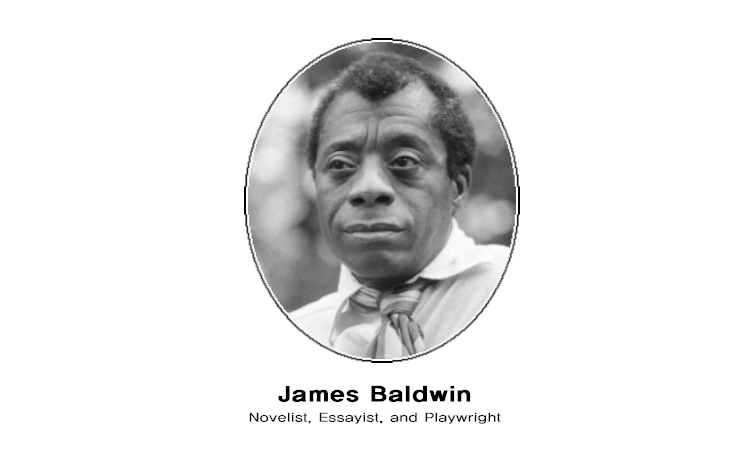 “He turned back to the window, looking out. ‘All that hatred down there,’ he said, ‘all that hatred and misery and love. It’s a wonder it doesn’t blow the avenue apart.'” So says Sonny in Sonny’s Blues, a short story by novelist, essayist, and playwright James Baldwin. Baldwin had a terrific gift for showing us human emotion.

Born the eldest of nine children on August 2, 1924, James Baldwin grew up in the poverty of Harlem, New York. He went on to become a major figure in both American literature and the civil rights movement. Have you or your family read any of his books?

Baldwin wrote his first and most famous novel, Go Tell It on the Mountain published in 1953, about one day in the lives of members of a Harlem church. It was inspired by his experience as a young preacher. Following in his father’s footsteps, Baldwin stepped onto the pulpit when he was only 14 years old. About this time, Baldwin met a famous poet named Countee Cullen. Cullen was Baldwin’s middle school French teacher. We all have people in our lives that help us somehow get to the places we want to go. Cullen, a leader of the Harlem Renaissance (African American expression through the arts), did this for James Baldwin.

Cullen opened up a new world of literary and artistic possibilities for Baldwin and other black youths in Harlem, dedicating the last years of his life to the education of children. The French that Cullen taught Baldwin to speak came in handy too. Baldwin moved to Paris in 1948 and there wrote more famous works such as the essay collection Notes of a Native Son in 1955 in which he argued against being classified as a “Negro writer.” He “commuted” between France and the U.S. the rest of his life, exploring issues of race and identity in his writing. Baldwin found writing to be a meaningful way to explore and share ideas. Try it. What ideas will you explore?