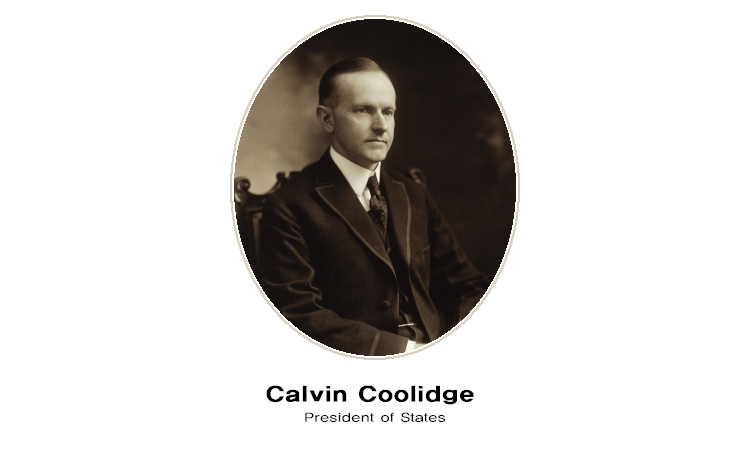 President Harding died unexpectedly while in office, so the vice president, Calvin Coolidge, stepped up. Coolidge succeeded to the presidency on August 3, 1923. He went on to win the next election and therefore served as president of the U.S. for six years. In this photo Coolidge wears a black armband in mourning for Harding. While he mourned the man, he set out to rebuild his government. These were years of prosperity for the United States. On what did Coolidge focus his efforts?

Coolidge focused on business. During the Coolidge years, people in the U.S. invented all kinds of new products and industries. His policies allowed businesses to mass-produce and distribute these new innovations to the public. New production meant new jobs and more Americans with money to spend. And spend they did, more than ever before. Americans became consumers. Vacuum cleaners, washing machines, cars, radios and clothing practically flew out of stores. Does this sound familiar? The advertising industry took off as a result of all this buying. This theater commercial makes fun of all the new products and ads like this one trying to sell a metal corset (a girdle) that won’t rust. Ouch!

Those who purchased vast amounts of goods (what one critic called an “empire of things”) were getting out of hand. Some Americans were getting into debt with new credit plans. In reaction to all this buying and debt, the Thrift Movement tried to educate Americans about the importance of saving and spending wisely. President Coolidge became a symbol of New England simplicity and thrift and appeared in widely seen photos like this one.

Are you a consumer? Ask your parents about the consumer economy today.