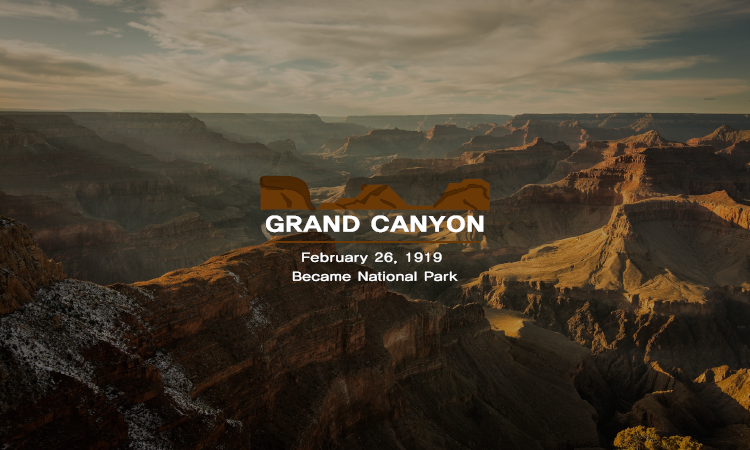 Have you seen the Grand Canyon? Whether you have visited the park or seen photographs of it, it is unlikely that you have seen the entire canyon. The Grand Canyon is 277 miles long, ranges from 4,000 to 6,000 feet deep, and is 18 miles across at its widest point.

On February 26, 1919, Congress passed the act that established the Grand Canyon National Park in the state of Arizona. But what created the canyon?

For millions of years, the Colorado River has cut through rock on the high plateau of northern Arizona to create one of the largest canyons in the world. This process is called erosion. The colors of the canyon rock range from black and red to lavender and cream. The park contains more than 1 million acres. Visitors come from all around to stand on the edge of the great chasm and stare in awe at the amazing view before them.