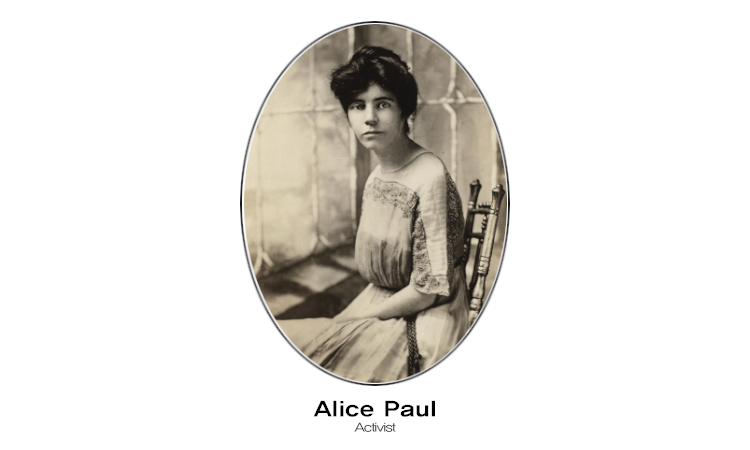 Alice Paul realized that to make big changes in society, it takes a strong leader who has determination and powerful strategies. Born on January 11, 1885, in Moorestown, New Jersey, Paul provided just such leadership for the woman suffrage (the right to vote) movement.

With a Ph.D. in social work from the University of Pennsylvania and training in militant tactics learned from English suffrage leaders, Paul joined the National American Woman Suffrage Association (NAWSA). Her first job was to put on a parade in Washington, D.C., to draw attention to their cause. The parade took place at the same time as inauguration festivities for President Woodrow Wilson. Crowds surrounded the parading women, resulting in near riots.

Over the next seven years, Paul and others relentlessly pursued legislation that would add a woman’s right to vote to the Constitution. Paul left NAWSA and formed a political party, the National Woman’s Party, that campaigned and demonstrated. Party members picketed the White House and ended up behind bars, where they continued their protest with a hunger strike, until officials force-fed them.