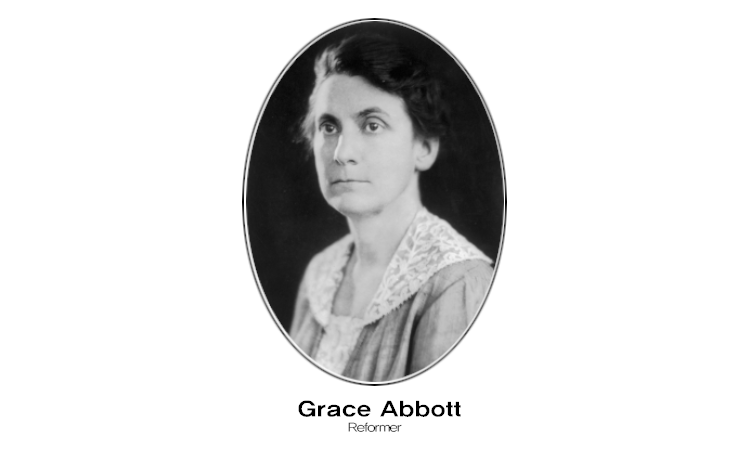 It is no surprise that Grace Abbott grew up to be an activist and social reformer. She was born on November 17, 1878 in Grand Island, Nebraska, into a family of activists. Her father was a leader in state politics, and her mother took part in the Underground Railroad (helping to free slaves) and the woman’s suffrage movement (helping women earn the right to vote).

After graduating from college and teaching high school, Abbott went to the University of Chicago, where she earned a master’s degree in political science. She lived there for nine years, until 1917, and worked for immigrants’ rights. But immigration was not the only cause that Abbott became known for. Can you guess what other issue related to children she dedicated much of her life?

In 1917, Abbott left Chicago to join the Department of Labor, where she was assigned to the Children’s Bureau in charge of investigating and reporting on issues related to child welfare. She began working on the first federal law restricting child labor. In 1918, the U.S. Supreme Court struck down the legislation. Although she was disappointed, Abbott used her influence to make sure that wartime contractors did not rely on child labor. How old should someone be in order to be allowed to work?

The Children’s Bureau campaigned for a constitutional amendment limiting child labor. Although it was never ratified, it did set an example for legislation regulating the labor of children under the age of 16, which was passed during the presidency of Franklin D. Roosevelt in 1938. Abbott didn’t stop with child labor. She also advocated for other programs. In 1921, the Sheppard-Towner Act passed, directing the Children’s Bureau to administer an aid program to the states for child and maternity health care.

After a career of fighting for funding and protecting the Children’s Bureau, Abbott retired from government service in 1934. By that time, she was confident that the work of the Children’s Bureau would continue, and the Social Security Act would provide assistance to mothers and children.