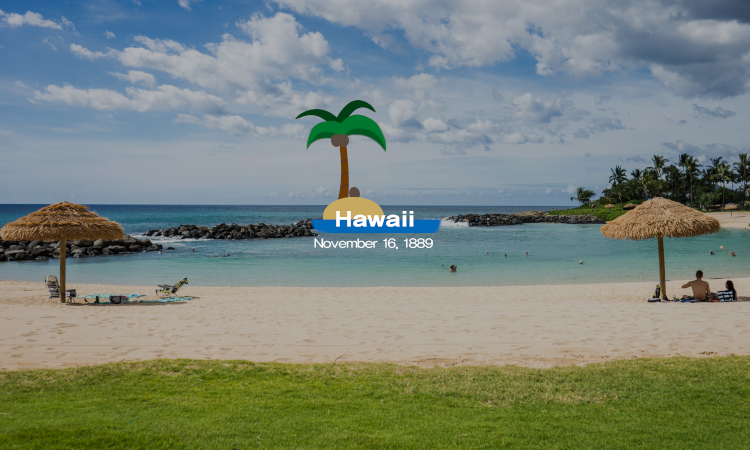 A sailor arrived in Hawaii in 1865 for what he thought would be a short visit. But, he was thrown from a horse and broke his leg. He couldn’t leave with his ship, so he made Oahu, the island capital of Hawaii, his home. There, the enterprising young man, Benjamin Franklin Dillingham, invested in the island’s future, eventually building the Oahu Railway that began operation on November 16, 1889. The railway helped bring about an economic boom in Hawaii.

Dillingham first bought a local hardware company and supplied goods for the growing sugar industry. He figured that if there was an easier way to transport products from the inland to the harbor for export, the sugar industry would grow. He opened the Oahu Railway and Land Company (OR&L) on November 16, 1889, the birthday of Hawaiian King Kalakaua.

At first, business was slow, but, as Dillingham predicted, the railway spurred the growth of new industry. By the early 1900s, the railway covered 160 miles serving several sugar plantations, pineapple farms, and the popular Haleiwa Hotel for tourists. After World War II, trucks began taking over transportation for agricultural business, and eventually the railway shut down. But Dillingham had made his dream a reality.