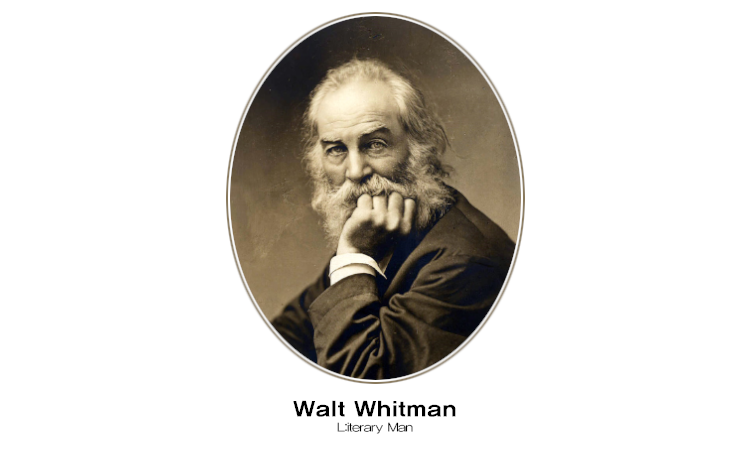 Have you ever kept rewriting a story or poem because you just weren’t satisfied with it? Walt Whitman wrote his poem about President Lincoln, “O Captain! My Captain!” in 1865, but he revised it in 1866, and again in 1871.

After the wrong version of his poem was published in the Riverside Literature Series No. 32, Whitman wrote to the publishers on February 9, 1888. “Somehow you have got a couple of bad perversions in ‘O Captain,'” he wrote, “I send you a corrected sheet.”

Do you know why Whitman wrote the poem about Abraham Lincoln?

O Captain! My Captain! our fearful trip is done;
The ship has weather’d every rack, the prize we sought is won;
The port is near, the bells I hear, the people all exulting,
While follow eyes the steady keel, the vessel grim and daring:
But O heart! heart! heart!
O the bleeding drops of red,
Where on the deck my Captain lies,
Fallen cold and dead.

Whitman wrote the poem in response to the assassination of the president just as the Civil War was coming to an end. His poem was so popular, and he was requested to recite it so often, that he said, “I’m almost sorry I ever wrote [it] . . .”