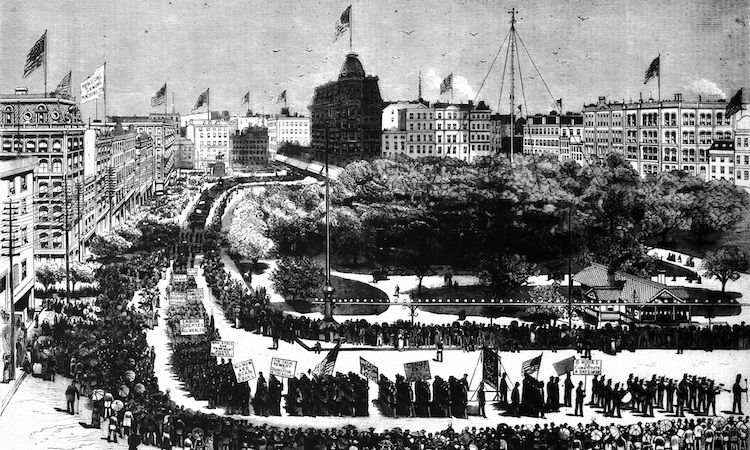 If you could create a holiday, what would it be called? What date would you choose for your holiday? Peter J. McGuire, a carpenter and labor union leader, was the person who came up with the idea for Labor Day. He thought American workers should be honored with their own day. He proposed his idea to New York’s Central Labor Union early in 1882, and they thought the holiday was a good idea, too. With four long months between Independence Day and Thanksgiving, Peter suggested a month halfway in between. But what date should they choose?

The very first Labor Day was held on a Tuesday, September 5, 1882, in New York City. The day was celebrated with a picnic, concert and speeches. 10,000 workers marched in a parade from City Hall to Union Square.

Soon after that first celebration, the holiday was moved to the first Monday in September, the day we still honor. Congress passed legislation making Labor Day a national holiday in 1894. Labor Day is not just a day to celebrate the accomplishments of workers; for some people, it is also a day to talk about their concerns and to discuss ways to get better working conditions and salaries. How do you celebrate the last holiday of the summer?