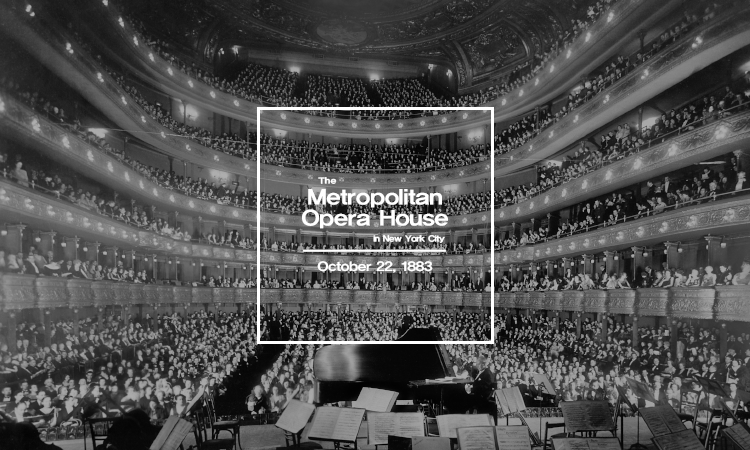 Did you know that in some U.S. towns and cities, the opera house used to serve as a center of community activity? The most famous opera house in the country, the Metropolitan Opera in New York, opened on October 22, 1883. The first performance was of Charles Gounod’s Faust, the fascinating tale of a German sorcerer who sells his soul to the devil in exchange for knowledge, power, youth, and love. Have you heard of this story before?

Although composed in French and based on a German poem, Faust was sung in Italian, the favored language of the Metropolitan Opera’s early management. If you saw the opera now, “supertitles” on a screen above the stage would provide an English translation of the words, though watching the movement on stage and hearing the emotion of the voices might be enough for you to understand the story. The Metropolitan Opera has attracted amazing voices and talented artists from around the world, like legendary conductor Arturo Toscanini and great singer Geraldine Farrar.

Historically, opera houses have served a variety of functions in towns and cities across the country, hosting community dances, fairs, plays, and vaudeville shows as well as operas and other musical events. Since 1966, the Metropolitan Opera Association has made its home at the Lincoln Center for the Performing Arts in New York. There you can hear opera vocalists such as Luciano Pavarotti and Cecilia Bartoli; on other nights, the Lincoln Center hosts plays, ballet, symphony orchestras, and other types of performances. Ask older relatives if they ever went to dances at their local opera house.