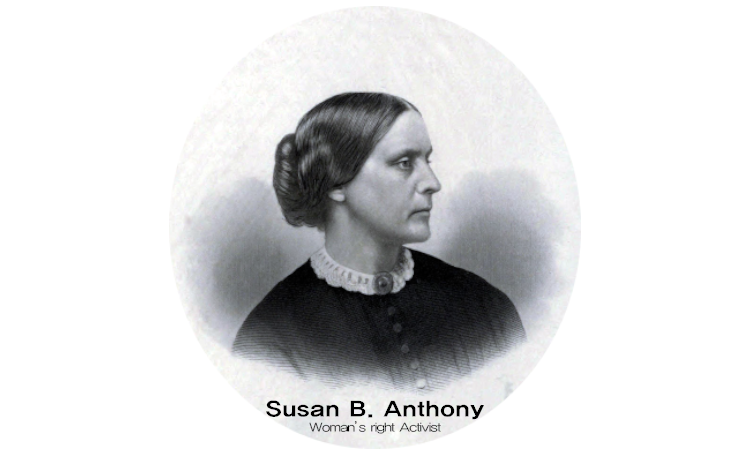 You have probably heard about the new $1 coin with Sacajawea on it, but did you know that in 1979 the United States had another dollar coin? That year, the U.S. issued a silver coin worth $1 that had an image of Susan B. Anthony on one side. Who was Susan B. Anthony? Here’s a hint: she helped pave the way to give American women the right to vote.

Chances are that when your great-grandmother was young, she couldn’t vote even though your great grandfather could. It was because of the hard work of a lot of women and men that your mom and grandmother can vote today. Susan B. Anthony helped lead that hard work. On March 8, 1884, Anthony testified before Congress supporting women’s suffrage (right to vote). She urged senators to support an amendment to the U.S. Constitution that, she said, “shall prohibit the disenfranchisement of citizens of the United States on account of sex…”

In some newspapers, Anthony was called a fanatic and ridiculed for her views.

It wasn’t until 1919 that Congress voted to direct the states to consider ratifying a constitutional amendment to allow women to vote. Nicknamed the “Anthony Amendment” in honor of the leader who had died in 1906, the Nineteenth Amendment was ratified on August 26, 1920. For more than 70 years, women like Susan B. Anthony fought for women’s right to vote alongside men on Election Day.

Can you imagine an election in which your dad could vote but your mom couldn’t?