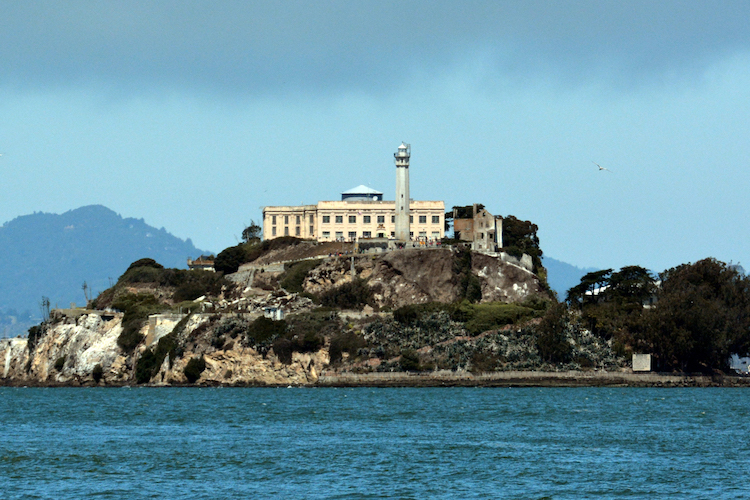 Where do you put a group of prisoners considered “most dangerous?” In 1934, they went to a place called “The Rock.” Officially called Alcatraz Federal Penitentiary, “The Rock” opened for business on August 11, 1934, when the first group of federal prisoners arrived. For 29 years the federal prison system kept high-security prisoners in lockup there. It’s called “The Rock” because it’s an island in the middle of the San Francisco Bay. Today you can take a ferryboat and visit the actual cells where inmates lived.

Do you know any of the famous prisoners who were jailed on Alcatraz? Inmates you might have heard of include Chicago mobster Al Capone, George “Machine Gun” Kelly, and Robert Stroud, the man known as the “Birdman of Alcatraz.”

Before it was a prison, Alcatraz was an uninhabited seabird haven founded by explorer Juan Manuel de Ayala who named it Isla de los Alcatraces (Isle of the Pelicans). The United States acquired it in 1854. Only 36 convicts ever attempted to escape from Alcatraz, but in 1962 three inmates did escape the island and were never found. To this day no one knows if they survived and made it to the mainland or died in the icy cold water of the bay.