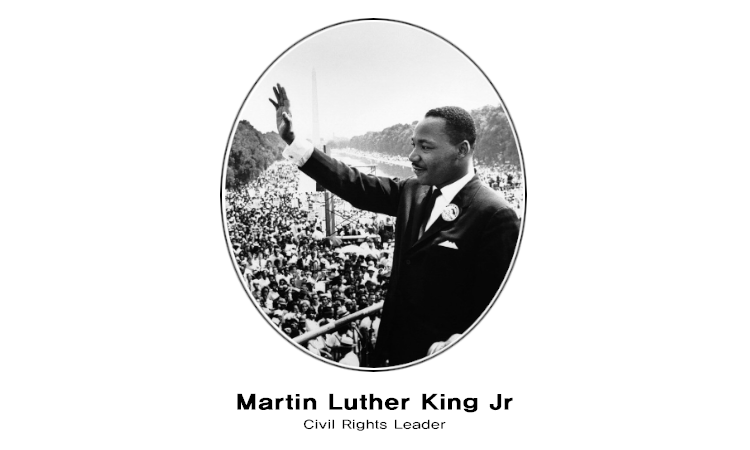 If you wanted to protest something, how would you go about it? What’s the best strategy? The Rev. Dr. Martin Luther King Jr. believed in the use of peaceful demonstrations, acting with love and calm. Born on January 15, 1929, in Atlanta, Georgia, King became 20th century America’s most compelling and effective civil rights leader. He entered the civil rights movement, which worked toward political and social equality for people of all races, in 1955. By that time, he was already a Baptist minister, a husband, and a father.

During that same year, 1955, civil rights activists asked King, the young, newly married pastor of a Montgomery, Alabama, church, to lead a bus boycott aimed at ending segregation (a separation of facilities by race) on public transportation in Montgomery. The boycott was initiated by the refusal of a woman named Rosa Parks to give up her bus seat to a white passenger; she was arrested. For more than a year, African Americans, a majority of the bus riders in the city, stayed off the bus in protest of Parks’s arrest. Finally the boycott brought about the desegregation King and the protesters sought when, in December 1956, the Supreme Court banned segregation on public transportation, and the boycott ended.

That was just the beginning. King asked civil rights activists to remain nonviolent as they worked to lift racial oppression. His advice was to use sit-ins, marches, and peaceful demonstrations to bring attention to issues of inequality. The commitment and moral integrity of activists who remained calm in the face of violent opposition inspired national admiration. Even in jail, King continued preaching this message. He was arrested while protesting in Alabama to desegregate lunch counters.