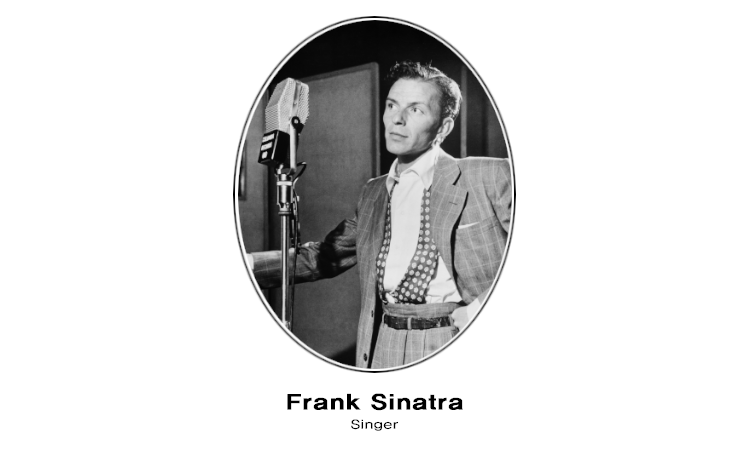 Fans flocked to see him. Women swooned. Just a few years after he made his recording debut with the Harry James band on July 13, 1939, Frank Sinatra became a teenage heartthrob.

Sinatra was more than just an overnight sensation. Unlike other pop artists, Sinatra’s career didn’t end after five or ten years but lasted more than half a century. He performed for millions, including presidents John F. Kennedy and Richard Nixon, and his recordings still appeal to audiences of all ages.

When you were younger you may have sung a song that Sinatra made famous. Do you know what it was?

“High Hopes,” the song about the ant and the rubber tree plant, was one of many songs written for Frank Sinatra. Children sing it in school, but Sinatra’s recording of it won an Academy Award in 1959. Sinatra was also a talented actor. He won an Academy Award for his performance in “From Here to Eternity.” If you like to watch old movies, you’ve probably already seen Sinatra in at least one of the more than 30 other films he made, including “Guys and Dolls,” “High Society” and “Pal Joey.”

Sinatra continued to perform until February 1995. On May 14, 1998, the man the world knew as “Old Blue Eyes” died, but through his recordings and movies, he gains new fans everyday. Are you one of them?