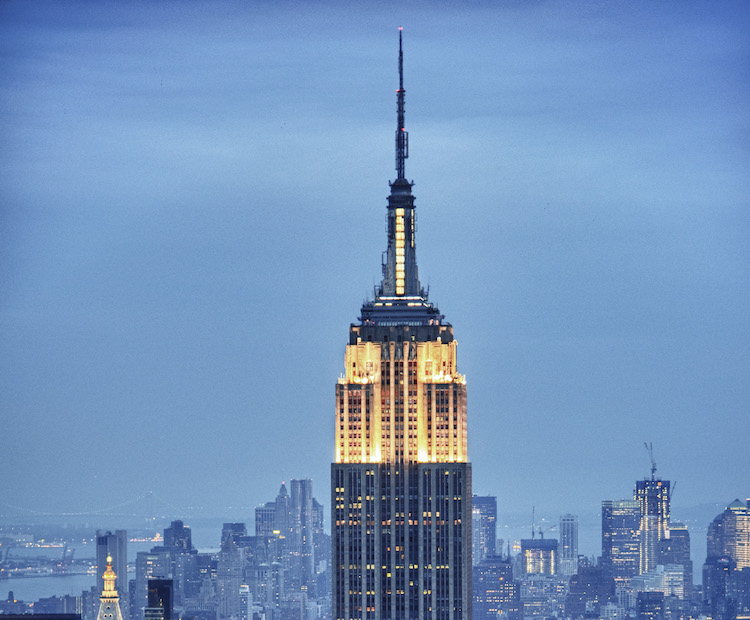 If you have ever seen the movie “King Kong,” you may remember the building that the giant ape climbs. The Empire State Building officially opened on this day in history, May 1, 1931. President Herbert Hoover pressed a button in Washington, D.C., and on came the lights in the world’s tallest skyscraper. Before that, the Chrysler Building building briefly held the record at 1046 feet. Now, the tallest building in the United States is the 110-story Sears Tower in Chicago.

Standing proud on the corner of Fifth Avenue and 34th Street in New York City, the Empire State Building has 102 stories and reaches a height of 1,454 feet. Motivated by a competition between the leaders of Chrysler and General Motors, John Jacob Raskob of General Motors and Alfred E. Smith, a former governor of New York, formed a corporation to finance the building. Construction started in 1930. The steel framework of the Empire State Building rose to the sky at an incredible rate of 4 and 1/2 stories per week. The building’s construction was completed in a phenomenal one year and forty-five days! The mast on top, now a TV tower, was originally a mooring for dirigibles, or airships, which in the 1930s were considered to be the future of air travel.

Have you or members of your family visited the Empire State Building? What is the tallest building you have ever been to the top of? What did you see?