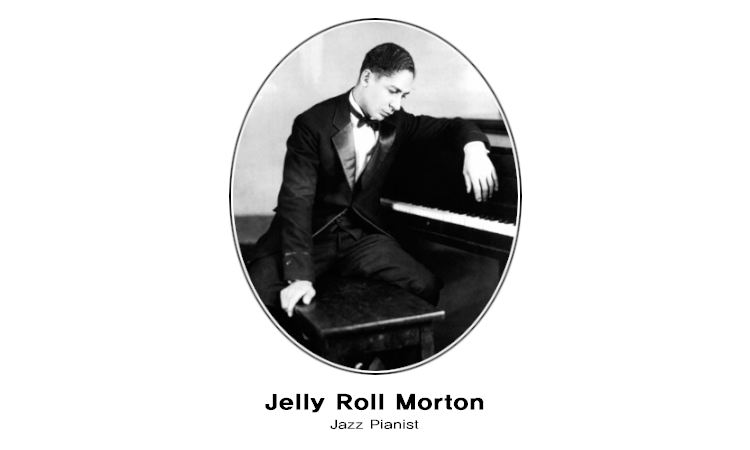 Are you a jazz fan? You might be if you heard a recording by Jelly Roll Morton. He died on July 10, 1941, but his music still makes you want to get up and dance. If you’ve listened to ragtime or watched old black-and-white cartoons, you have an idea of the kind of music Jelly Roll Morton wrote and played.

In the 1920s, Jelly Roll Morton rose to fame with his band, the Red Hot Peppers. Morton was a great pianist and generally acknowledged as one of the first orchestral jazz composers. He even claimed to have invented jazz. That boast brought him a lot of enemies in the music world. Whether or not you agree with his claim, Morton made some serious changes to the way jazz was played. Can you think what those changes might be?

Jazz wouldn’t be jazz without musicians creating variations of the music along the way. What Jelly Roll Morton added to those free-flowing improvisations were careful rehearsal and arrangement.

Born Ferdinand Joseph La Menthe, in 1890 in New Orleans, Louisiana, he billed himself as “Jelly Roll” Morton when he played in vaudeville (variety) shows. In 1917, he moved to California and played in nightclubs.

Jelly Roll Morton is best remembered for such pieces as “Black Bottom Stomp,” “Shoe Shiner’s Drag,” and “Dead Man Blues.” Maybe someone you know has some jazz recordings from the 1920s. If so, you can turn the music on and get up and dance.