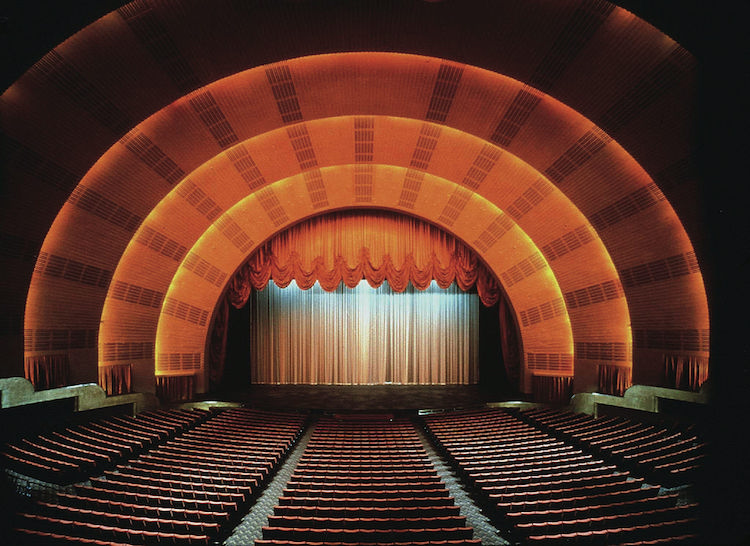 In the Heart of Radio City

Ever hear of the famous New York City precision dance team, the “Rockettes?” New York’s Radio City Music Hall is famous not only for great acts like the Rockettes, but also for its fabulous Art Deco design. This stunning theater opened its doors to the public on December 27, 1932. Starting in 1933, you could go there to see “The Radio City Christmas Spectacular,” a New York Christmas tradition.

Now you can see a number of shows there or just go inside to admire the design by Donald Desky. The interior incorporates glass, aluminum, chrome, and geometric ornamentation for a contemporary Art Deco look.

Looking up from the seats of the Radio City Music Hall, you see before you the Great Stage, measuring 66 feet deep, 144 feet wide, and resembling a setting sun. The stage’s system of elevators was so advanced that the U.S. Navy used identical hydraulics in constructing World War II aircraft carriers. According to Radio City lore, during the war government agents guarded the basement to make sure no enemy spy could steal the Navy’s superior technology.