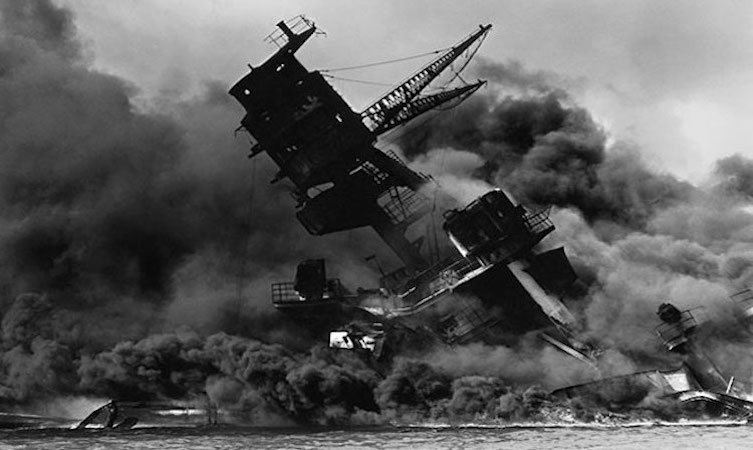 A ate Which will Live in Infamy

President Franklin Roosevelt called December 7, 1941, “a date which will live in infamy.” On that day, Japanese planes attacked the United States Naval Base at Pearl Harbor, Hawaii Territory. The bombing killed more than 2,300 Americans. It completely destroyed the American battleship U.S.S. Arizona and capsized the U.S.S. Oklahoma. The attack also sank three other ships, damaged many vessels, and demolished 180 aircraft. The attack took the country by surprise, especially the ill-prepared Pearl Harbor base.

“AIR RAID ON PEARL HARBOR X THIS IS NOT DRILL.”

The ranking United States naval officer in Pearl Harbor, known as the Commander-in-Chief Pacific, sent this hurried dispatch to all major navy commands and fleet units. Radio stations receiving the news interrupted regular broadcasts to announce the tragic news to the American public. Most people knew what the attack meant for the U.S. even before Roosevelt’s official announcement the next day. The U.S. would declare war on Japan.