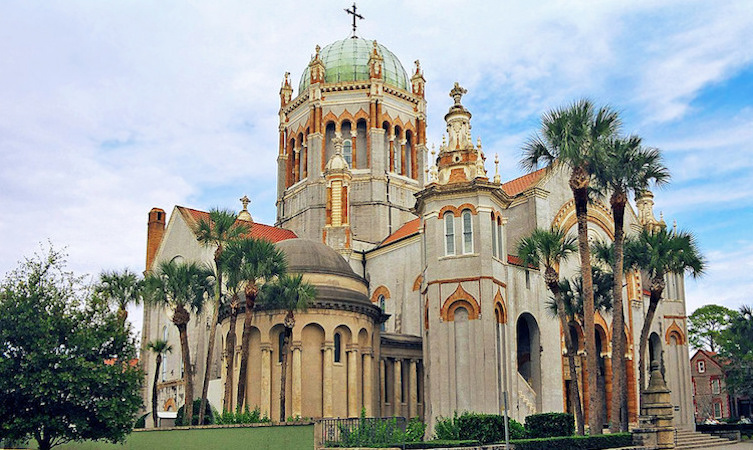 Did you know that the oldest continually occupied city in the United States is in the state of Florida? On September 8, 1565, Pedro Menéndez de Avilés landed on the shore of what is now called Matanzas Bay and began the founding of the Presidio of San Agustin. Later the settlement would be called St. Augustine, Florida. Built on the site of an ancient Native American village, and near the place where Ponce de Leon, the European discoverer of Florida, landed in 1513 in search of the legendary Fountain of Youth, it has been continually inhabited since its founding.

Menéndez de Avilés named San Agustin for St. Augustine, bishop of Hippo, Algeria, upon whose feast day he had sighted the coast. The city was to serve important functions for the Spanish Empire, defending the primary trade route to Europe along the Atlantic Ocean’s main west to east current, called the Gulf Stream. As the territorial capital, St. Augustine would also defend the Spanish-claimed land against invasion.

In 1672, the Queen ordered a stronger fort be built to replace a wooden fort, which had proved vulnerable to pirate attack. This new one, made of shell stone, consisting of walls 30 feet high and 12 feet thick, and surrounded by a moat, was made to last. And last it did.

St. Augustine was ruled by the Spanish for 256 years and the British for 20. The United States acquired the old Castillo in 1821, and renamed it Fort Marion in 1825. The fort has had a colorful history. It was plundered by sea raider Sir Francis Drake, provided a refuge for Loyalists to the British king during the American Revolution, was used as a prison during the Indian wars, and was a battle site in the American Civil War.

Recognizing the amazing history of the grim, massive fort, once a symbol of Spanish power, and the oldest standing fort in the continental United States, the U.S. government made it a National Park in 1933. Its original name was restored in 1942. Today, the city of St. Augustine, Florida, and the Castillo de San Marcos provide a glimpse at the panorama of 450 years of exploration, settlement, and war in North America.