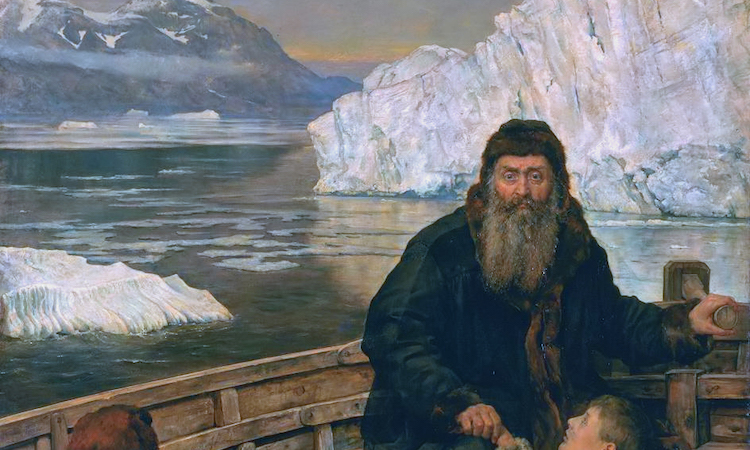 September 3, 1609
Henry Hudson and His Crew Sailed into the River that Would Bear His Name

How did the Hudson River in New York and New Jersey get its name? On the misty morning of September 3, 1609, explorer Henry Hudson and his crew aboard the Half Moon sailed into the majestic river off the Atlantic coast by chance. Strong head winds and storms forced them to abandon the northeast voyage they had been assigned. Rather than return to Holland with nothing to report, the crew voted to look for the Northwest Passage, a legendary waterway that would carry a ship all the way from the Atlantic to the Pacific Ocean. They passed by the island we know today as Manhattan and sailed up the river.

Hudson was not the first European explorer to discover this river. The Florentine navigator Giovanni da Verrazano discovered the Hudson in 1524. But Henry Hudson traveled the river much farther than its previous explorer. After 150 miles, the Half Moon did not reach the Pacific, but it did reach what would later become Albany, New York. There, they turned around. But as a result of Hudson’s exploration, the river bears his name today.

Hudson was a headstrong but courageous commander. Though he often mismanaged his crews by playing favorites or letting morale suffer, he was a competent navigator. He undertook four dangerous voyages, and made huge contributions to geographical knowledge. His exploration of the Hudson River led to Dutch colonization of the area.

The Hudson River, once known to the Mohican Indians as Muhheakunnuk (“Great Waters Constantly in Motion”), was the site of key battles in the American Revolution. It also inspired an important phase of landscape painting called the Hudson River school that celebrated the natural beauty of the American landscape. Today, the Hudson is one of the nation’s most important waterways. Oceangoing ships can navigate the river to Albany year-round. Pleasure boats and tugboat and barge traffic can reach the Great Lakes from May to November. Cargo such as wood pulp, steel, cocoa beans, grain, and scrap metal rely on the Hudson for deliveries. The U.S. Military Academy at West Point overlooks the Hudson too. What would Henry Hudson say if he saw that river today?