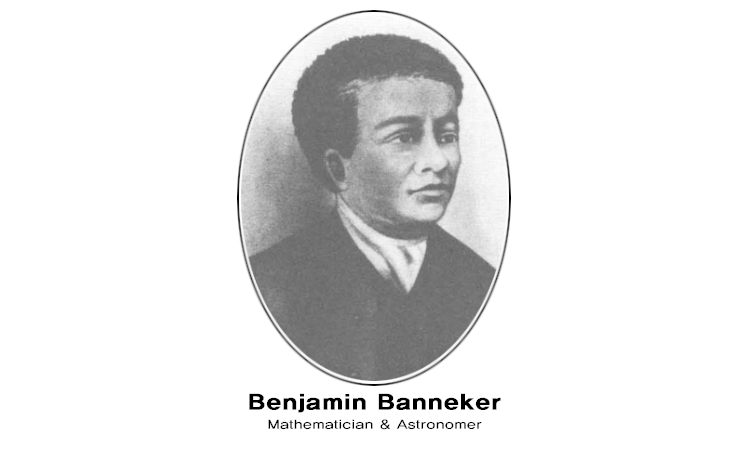 What do you see when you look at the stars? Benjamin Banneker saw astronomical patterns from which he could make calculations and predictions. A mathematician and astronomer, Benjamin Banneker was born on November 9, 1731, in Ellicott’s Mills, Maryland.

Largely self-taught, Banneker was one of the first African Americans to gain distinction in science. His significant accomplishments include the successful prediction of a solar eclipse, publishing his own almanac, and the surveying of Washington, D.C. Banneker spent most of his life on his family’s 100-acre farm outside Baltimore. There, he taught himself astronomy by watching the stars and learned advanced mathematics from borrowed textbooks.

In 1752, Banneker attracted attention by building a clock entirely out of wood. The first ever built in America, it kept precise time for decades. Twenty years later, Banneker again caused a stir, when he successfully forecast a 1789 solar eclipse. His correct prediction contradicted those of better-known mathematicians and astronomers. Banneker’s abilities impressed many people, including Thomas Jefferson, who recommended him for the surveying team that laid out Washington, D.C., making it the monumental capital it is today.

In his free time, Banneker wrote the Pennsylvania, Delaware, Maryland, and Virginia Almanac and Ephemeris. The almanac included information on medicines and medical treatment, and listed tides, astronomical information, and eclipses calculated by Banneker himself. He published the journal annually from 1791 to 1802.

On August 19, 1791, Banneker sent a copy of his first almanac to Thomas Jefferson, then secretary of state. In an enclosed letter, he questioned the slave owner’s sincerity as a “friend to liberty.” He urged Jefferson to help get rid of “absurd and false ideas” that one race is superior to another. He wished Jefferson’s sentiments to be the same as his, that “one Universal Father . . . afforded us all the same sensations and endowed us all with the same faculties.” Jefferson responded with praise for Banneker’s accomplishments.