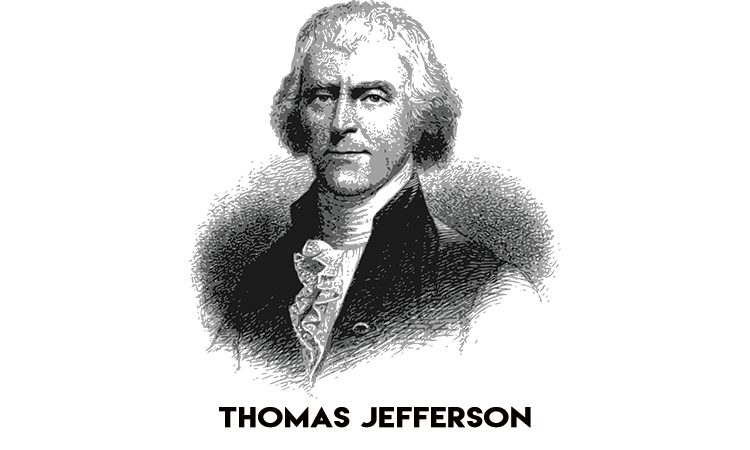 Do you know someone who is talented in many different ways? Perhaps you are, like Thomas Jefferson. Born on April 13, 1743, in Albemarle County, Virginia, Jefferson was a musician, artist, architect, mathematician, astronomer, scientist, legislator, philosopher, writer, diplomat, jurist, gardener, and president of the United States. Whew! In these roles, Jefferson accomplished many things. Can you name any of his achievements?

Jefferson wrote the Declaration of Independence at the age of 33. He drafted the Virginia State Bill for Establishing Religious Freedom in 1777. (It was finally passed in 1786.) In the election of 1800, Jefferson beat out his old friend John Adams to become the third president of the new United States. After two terms as president, Jefferson retired to his home, Monticello, in Charlottesville, Virginia. A great collector of books, Jefferson sold his personal library to Congress to rebuild the collection of the Library of Congress. The Library’s books had been destroyed by fire in 1814. Considering all Jefferson had done during his public life, can you guess what accomplishments he was most proud of?

Jefferson asked that only three of his many accomplishments be engraved on his tombstone: Author of the Declaration of American Independence; Author of the Virginia Statute for Religious Freedom; and Father of the University of Virginia (he founded, designed, and directed the building of the university in 1819).
Do you know any more of Jefferson’s achievements? What achievements are you most proud of? Ask your friends and family the same.