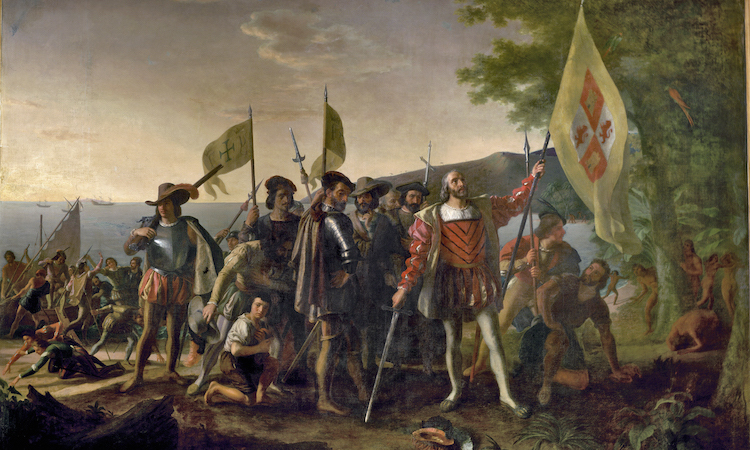 Early in the morning on October 12, 1492, a sailor looked out to the horizon from the bow of his sailing ship, the Pinta, and saw land. After 10 long weeks at sea, from the port of Palos, Spain, Columbus and his crews saw the New World. The following day, 90 crew members from Columbus’s three-ship fleet set foot on the island of Guanahani in the Bahamas and planted the flag of their sponsors, King Ferdinand and Queen Isabella of Spain. Columbus continued his exploration, discovering other lands. Do you know what other places Columbus found as he continued his journey?

The first Columbus Day celebration in the United States took place on October 12, 1792–300 years after his first discovery–but it still wasn’t an official holiday for another 100 years. Days commemorating special events like Columbus Day or birthdays of famous leaders, like Martin Luther King Jr., become national holidays and help us remember the important contributions these individuals made to our country.