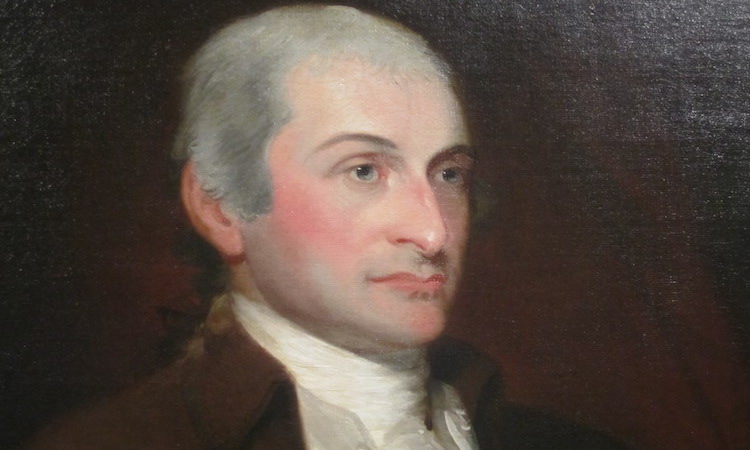 December 12, 1745
John Jay, One of the Nation’s Founding Fathers, Was Born

When someone talks about the founding fathers of the United States, to whom are they referring? Generally it’s the men that helped to bring independence to the Colonies and create a Constitution that would ensure democracy and a balance of powers in the new country. One of these men is John Jay. Born on December 12, 1745, to a prominent and wealthy family in the Province of New York, Jay attended Columbia University and then practiced law. Establishing a reputation in New York, Jay was elected to serve as delegate to the First and Second Continental Congresses. These groups debated whether the Colonies should declare independence from Britain.

Jay held numerous posts of public importance throughout the Revolutionary crisis, including president of the Continental Congress and peace commissioner, in which he negotiated treaties with Spain and France. In 1784, Jay was named Secretary of Foreign Affairs, one of the nation’s highest-ranking diplomatic posts. After the war, Jay joined Alexander Hamilton and James Madison in arguing for the creation of a new and more powerful, but balanced system of government. They explained their proposed system in the Federalist Papers, a series of 85 articles, five of them written by Jay.

In 1789, George Washington nominated Jay as the first chief justice of the Supreme Court. Jay’s most notable case was Chisholm v. Georgia (1793), in which Jay and the court established that the federal government ultimately has power over the states.

Jay went on to negotiate with Great Britain for the Northwest Territory, and in 1795, became governor of New York before retiring from politics in 1802. John Jay laid much of the groundwork upon which the U.S. was built and flourished. He is one of our nation’s founding fathers.