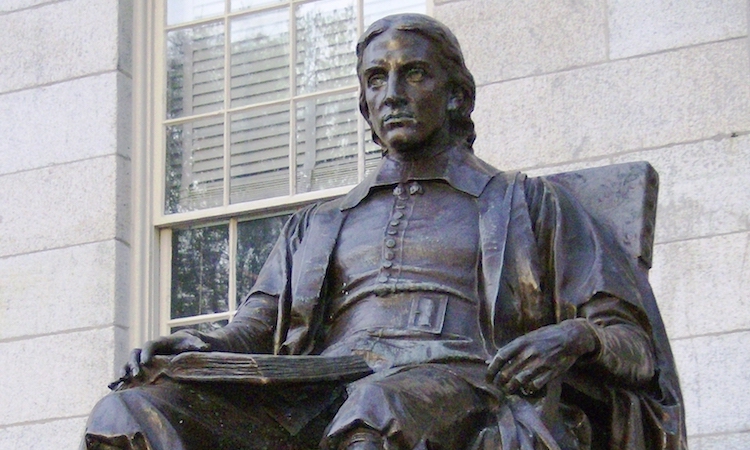 Harvard University is a world-renowned college that educated six U.S. presidents and many other famous Americans. It’s hard to imagine that this prestigious university started out with nine students and one instructor. Do you know how Harvard got its name? On September 14, 1638, John Harvard, a 31-year-old clergyman from Charlestown, Massachusetts, died, leaving his library and half his estate to a local, newly established college. The young minister’s gift provided the college with some needed stability. In his honor, it was called Harvard College.

Founded by the General Court of Massachusetts in 1636, Harvard is America’s oldest institution of higher learning. Since its days as a single classroom, it has grown into a highly regarded university with more than 18,000 students and 2,000 faculty members, including numerous Nobel Prize winners. Harvard’s main campus is also one of the country’s most scenic. With an endowment (the part of an institution’s income derived from donations) of $11 billion, the university is the country’s wealthiest. Harvard based its original curriculum on the classics taught in European universities and on the Puritanism preached in the American colonies.

In the 18th and 19th centuries, the college diversified, turning toward intellectual independence. In 1879, its “sister” school, Radcliffe College, formed, making Harvard’s resources available to women. In addition to its law and medical schools, Harvard established schools of business, dentistry, medicine, and arts and sciences, becoming a major modern university at the turn of the 20th century. Alumni in some of these fields include writers Henry David Thoreau, W.E.B. Du Bois, and T.S. Eliot; former member of Congress Patricia Schroeder and Vice President Al Gore. Do you know anyone who has attended Harvard?