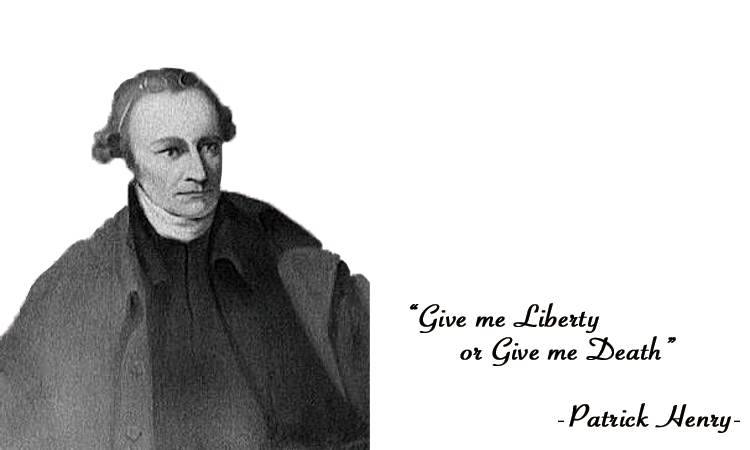 Have you ever heard someone speak so passionately that the speech moved you to do something? Even as a young man, Patrick Henry had that kind of influence in the American Colonies. Born on May 29, 1736, Henry, a natural leader and a brilliant speaker, believed in individual rights and independence from the British government. As a young lawyer, he astonished his courtroom audience in 1763 with an eloquent defense based on the idea of natural rights, the political theory that humans are born with certain inalienable (incapable of being surrendered) rights. The idea of natural rights is central to the Declaration of Independence. Does this sentence from the Declaration sound familiar to you? “We hold these Truths to be self-evident, that all Men are created equal, that they are endowed by their Creator with certain unalienable Rights, that among these are Life, Liberty, and the pursuit of Happiness.” 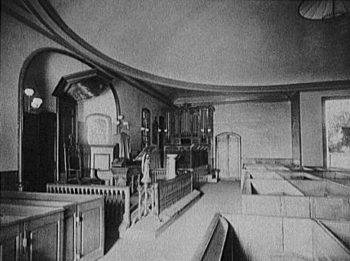 It was in St. John’s Church in Richmond, Virginia, that Patrick Henry delivered his most famous speech. With war against Great Britain looming, Henry proclaimed, “I know not what course others may take, but as for me, give me liberty or give me death!”

As the first governor of Virginia and as a state legislator, Henry continued to have profound influence on the development of the new nation. He worked for the addition of the first ten amendments to the Constitution. Known as the Bill of Rights, they guarantee certain freedoms, such as the freedom of speech and religion. Can you imagine the U.S. without such rights?
St. John’s Church; standing in his pew, Patrick Henry said, “Give me liberty or give me death!”