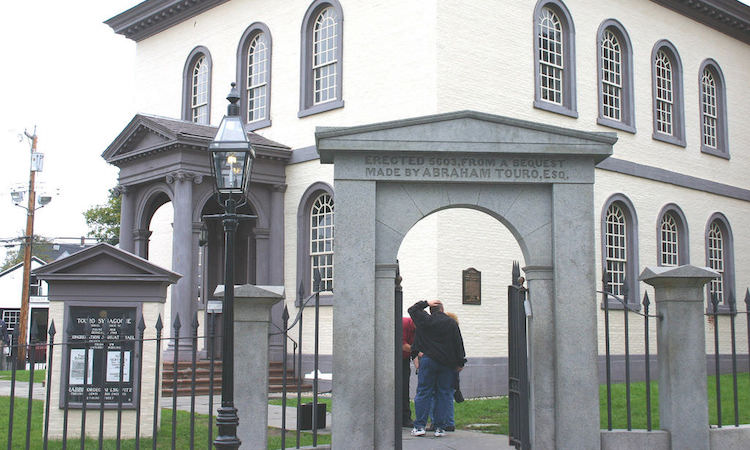 December 2, 1763
First Jewish Synagogue Was Dedicated in the United States

Many settlers traveled to the American colonies for freedom of worship. Quakers, Puritans, Jews, and people of other faiths arrived to create communities in what would become the United States. On December 2, 1763, members of the Jewish community of Newport, Rhode Island, witnessed the dedication of the Touro Synagogue, the first synagogue in the American colonies. The synagogue was named for Isaac Touro, its first officiating rabbi. Touro became the center of a thriving Jewish community.

Organized Jewish community life in Newport dates to 1658, when 15 families arrived from overseas to establish a congregation in the growing seaport. For more than 100 years, the community relied on correspondence with rabbis in Europe to sustain their religious traditions in the New World. As a commercial center, Newport thrived, with merchants active in the sea trade.

Many famous people have visited Newport over the years. In 1790, the Hebrew congregation of Newport welcomed George Washington to their city. A hundred years later, Newport was welcoming wealthy vacationers to its shores. It became a favorite holiday spot for the rich, with its temperate climate and scenic views. The town is filled with “cottages” such as The Breakers, built for the wealthy Cornelius Vanderbilt. You can still visit lovely Newport and the Touro Synagogue today.