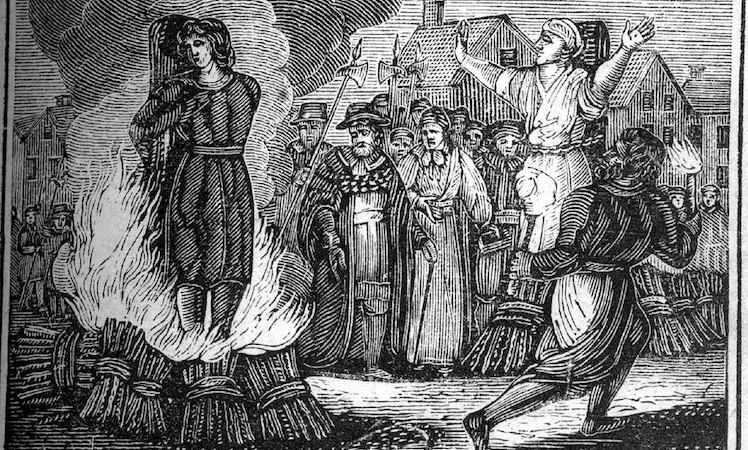 In Salem, Massachusetts, in 1692, many people believed in and feared witchcraft. Consequently, when two young girls fell into trances and had seizures that doctors could not explain, many people in the town said witchcraft was to blame. On March 1, 1692, authorities charged three women, Sarah Goode, Sarah Osborne, and a slave woman named Tituba, with practicing witchcraft.

Nearly 150 men and women filled prisons from Salem and surrounding towns. These prisoners were alleged, or charged without proof, of practicing witchcraft. Many of them died in prison, some were hanged, and one was crushed to death. During this time, many people believed in witches and were quick to believe when someone was accused of witchcraft. A recent epidemic of small pox, threats of Indian attacks, and small town rivalries lead to this panic. This kind of group panic is sometimes called “mass hysteria.” Governor William Phips of Massachusetts put an end to the witch trials on October 29, 1692.