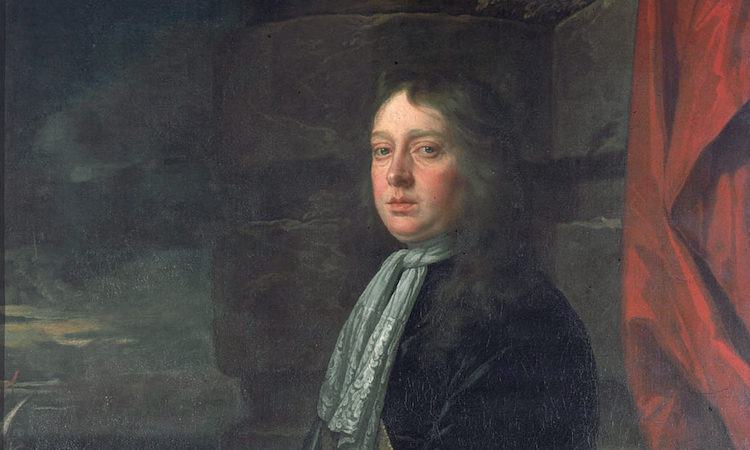 How did Pennsylvania get its name? Its founder, English reformer William Penn, born on October 14, 1644, in London, England, named it in honor of his father.

Persecuted in England for his Quaker faith, Penn came to America in 1682 and established Pennsylvania as a place where people could enjoy freedom of religion. The colony became a haven for minority religious sects from Germany, Holland, Scandinavia, and Great Britain. Penn obtained the land from King Charles II as payment for a debt owed to his deceased father.

Born the privileged son of a land-owning gentleman, young William Penn was greatly affected by the preaching of Quaker minister Thomas Loe. Expelled from Oxford University in England in 1662 for refusing to conform to the Anglican Church, Penn joined the Quakers. He was locked up in the Tower of London four times for stating his beliefs in public and in print. After his father died in 1670, Penn inherited the family estates and began to frequent the court of King Charles II, campaigning for religious freedom.

Seeing no prospects for religious tolerance or political reform in England, Penn looked to America, which he had visited briefly in 1677. In a 1682 document, Penn guaranteed absolute freedom of worship in Pennsylvania. Rich in fertile lands as well as religious freedom, the colony attracted settlers and grew rapidly.

Penn is also remembered for peaceful interaction with the Lenni Lenape Indians and his draft of the Plan of Union, a forerunner of the U.S. Constitution. Thanks to William Penn, Pennsylvania, which guaranteed religious freedom for its citizens, was established in the New World.