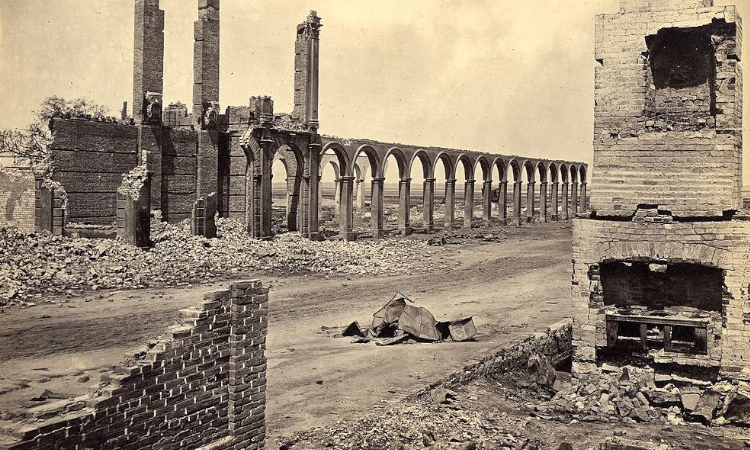 Imagine that tomorrow is February 18, 1865, the day the mayor of Charleston, South Carolina, will surrender control of the city to the Union Army. The Union General William T. Sherman is on his way and you have to leave. What will you take with you? Clothes? A favorite toy? Food? The citizens of Charleston, South Carolina, had less than a day to decide what to pack. In wagons and carriages, on horseback and on foot, the people of Charleston moved sadly past war-damaged buildings on their way out of the city.

South Carolina had been deeply involved in the Civil War from the start. Like other Southern states, South Carolina believed in and defended slavery. Before the war, the state was the first to declare it no longer wanted to be part of United States of America. Then, in April 1861, Confederate troops attacked Fort Sumter in Charleston Harbor and the war began. It took four years for the Union to recapture the fort.

On July 10, 1863, the Union Army began an attack on the city that continued for almost two years. People lost their lives and many buildings were destroyed. When Charleston finally surrendered to the North it was a sad day for Confederates, but a happy day for those who did not like slavery and wanted the Union to stay together. How would you feel if you had lived in Charleston during the war?