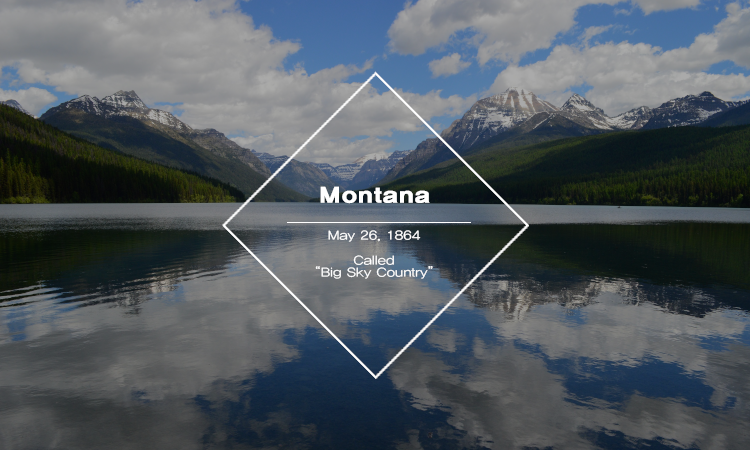 May 26, 1864
Lincoln Created the Montana Territory

It was a place rich in grazing land for cattle and sheep, with long valleys and high mountains, producing gold and copper. On May 26, 1864, President Lincoln signed an act making it a territory of the U.S. What is it? It’s the wide-open spaces of the state of Montana, often called “Big Sky Country.”

During the dark days of the Civil War, Lincoln looked away from the fighting momentarily and decided the area now known as Montana needed governing. But violent clashes were to occur in the new territory before it became the 41st state in the Union on November 8, 1889.

Numerous Native American tribes lived in the vast area of what we now call Montana: the Crow, Cheyenne, Blackfoot, Flathead, and more. Meriwether Lewis and William Clark were the first white explorers to document their journey through the lands of the Louisiana Purchase, but more settlers followed. Combat between U.S. military and Native Americans defending their land became frequent. Perhaps the most famous of these battles occurred in Montana on June 25, 1876, when the Dakota (Sioux) and Cheyenne defeated General George Custer’s regular army during the Battle of the Little Bighorn, also known as Custer’s Last Stand.

Despite the violence, Montana settlers kept coming, drawn by gold, copper, and the chance to claim some of that rich land for themselves as homesteaders. Native Americans were forced onto reservations while pioneers poured into the territory in the 1880s. Many of our images of Western cowboys came from these early ranchers and travelers, like this shepherd in Madison County, Montana. Have you ever visited the state of Montana?