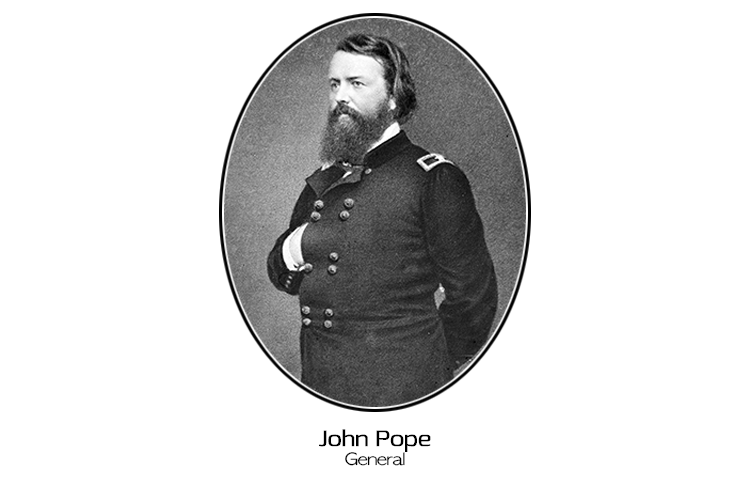 For Major General John Pope, the Second Battle of Manassas became a race against time. On August 30, 1862, that battle ended a long campaign in northern Virginia. The events leading up to it show strategies and fierce fighting typical of the Civil War. It started when Pope’s Union forces attempted to invade the Southern capital of Richmond and were defeated just miles from the city. After the defeat, Pope’s scattered Union troops clashed repeatedly with Southern forces led by Major General “Stonewall” Jackson.

In the August 9 Battle of Cedar Mountain, Jackson’s Confederates outnumbered the Union soldiers two-to-one. After an easy victory, Jackson led his men from the battlefield. Union reinforcements arrived, and Pope’s men turned to face the troops of General Robert E. Lee along the Rappahannock River. Meanwhile, Jackson’s army managed to maneuver around to Pope’s rear to cut off his supply lines. The race was on for Pope to find and destroy Jackson before Lee could march his men to Jackson’s aid.

On August 28, the Second Battle of Manassas began. Pope marched his men right into Jackson’s waiting forces near the town of Manassas, where the Confederates had won a battle a year earlier. They fought until night fell. In the morning, Pope’s Northerners broke through the Confederate defenses, which moved back. Pope hoped they had planned to retreat. Instead, General Lee had arrived with 30,000 reinforcements. The Union was forced to retreat–the battle was lost. They would have to try again later. The presence of the Union in Northern Virginia, however, had a positive effect: it gave many slaves the opportunity to escape to the North.