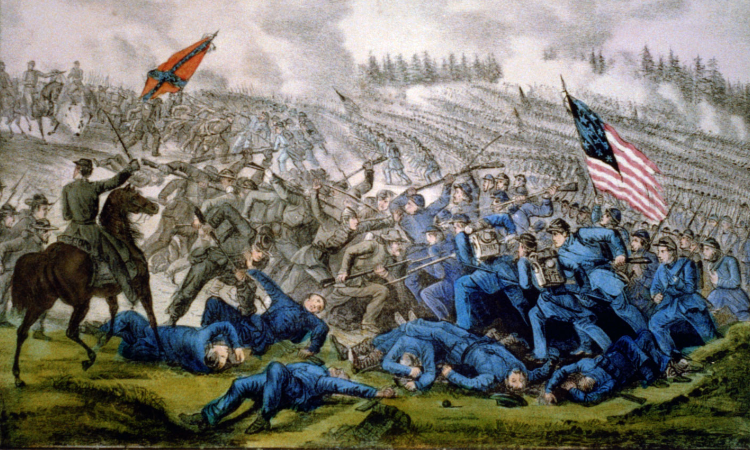 At approximately 7 a.m. on Sunday, April 2, 1865, Ulysses S. Grant’s Union army attacked Confederate lines at Petersburg, Virginia. By mid-afternoon, Confederate troops had begun to evacuate the town. This victory was important for the Union; it ensured the fall of Richmond, the capital of the Confederacy, located just 25 miles north of Petersburg, which in turn led to the end of the Civil War. As in most cases with war, this victory did not occur overnight or without loss.

The siege on Petersburg had been going for nine months before Grant’s army of 112,000 men finally broke through the lines of the 50,000 Confederate soldiers holding Petersburg. The South had no reinforcements left. By the time the Union had placed its flag on the Petersburg courthouse, 28,000 Southern and 42,000 Northern soldiers had been killed or wounded. General Grant next captured the town of Richmond. The end of the war was in sight. Lee surrendered the Army of Northern Virginia to Grant at Appomattox Court House on April 9. One major task was left for Grant–to capture the Confederate president, Jefferson Davis. However, Davis had fled Richmond as soon as he learned that Petersburg had fallen to the Union.

President Jefferson Davis received word of the events in Petersburg while attending services at St. Paul’s Church in Richmond. Late that night, he abandoned the capital, boarding a train for Danville, Virginia. The city burned behind him, as fires set by fleeing Confederates and looters raged out of control. Davis was eventually captured by Union soldiers, but not until a month later, on May 10, 1865. What more do you know about the Civil War? Ask your family what they know.