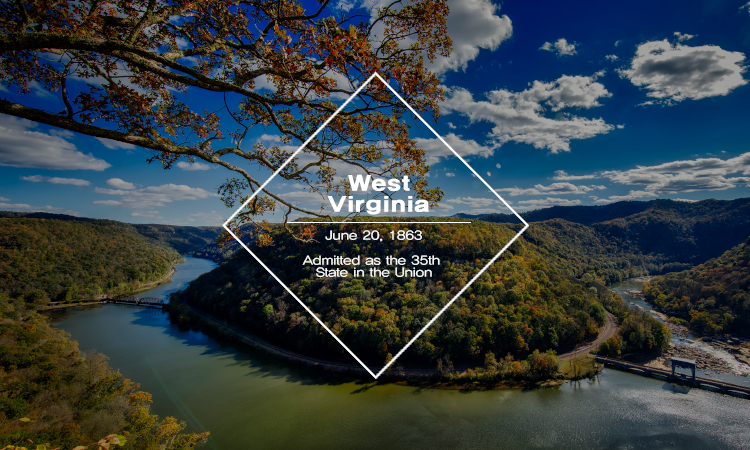 “Mountaineers Are Always Free” is the state motto of West Virginia. The phrase reflects the history and identity of the state and indicates how West Virginia became the 35th state in the Union on June 20, 1863. The land that formed West Virginia used to be part of Virginia, but the two areas differed in both surroundings and people. Pioneering individuals, mountaineers, settled in the western portion, while a slave-holding aristocratic society developed in the eastern portion. Westerners wanted to separate from Virginia, and first tried to in 1769, but were unsuccessful.

With the outbreak of the Civil War, Virginia seceded from the Union in 1861. Very few of the residents of the western counties owned slaves, so they decided to stay with the Union. As a result, West Virginia, where “Mountaineers Are Always Free,” was formed.

The Appalachian Mountains have always been an important resource in West Virginia. Beneath them is the largest supply of coal in the nation. Until the 1940s, many West Virginians worked as miners. Nowadays, the tops of West Virginia’s mountains are blasted off to expose the coal inside for extraction. The mountains have also attracted different kinds of residents and travelers.

Many people have retired to West Virginia to enjoy its wealth of natural resources. The state, with its Appalachian Mountains, is the highest in elevation east of the Mississippi. Forest covers about three-fourths of the state, while farms cover many of the ridges and fertile valleys. Tourists come from all over to visit West Virginia’s 33 state parks, experience its world-class white-water rafting, or encounter its unique cultural traditions in music and the arts. Many West Virginians today would still boast their motto to be true: “Mountaineers Are Always Free.”