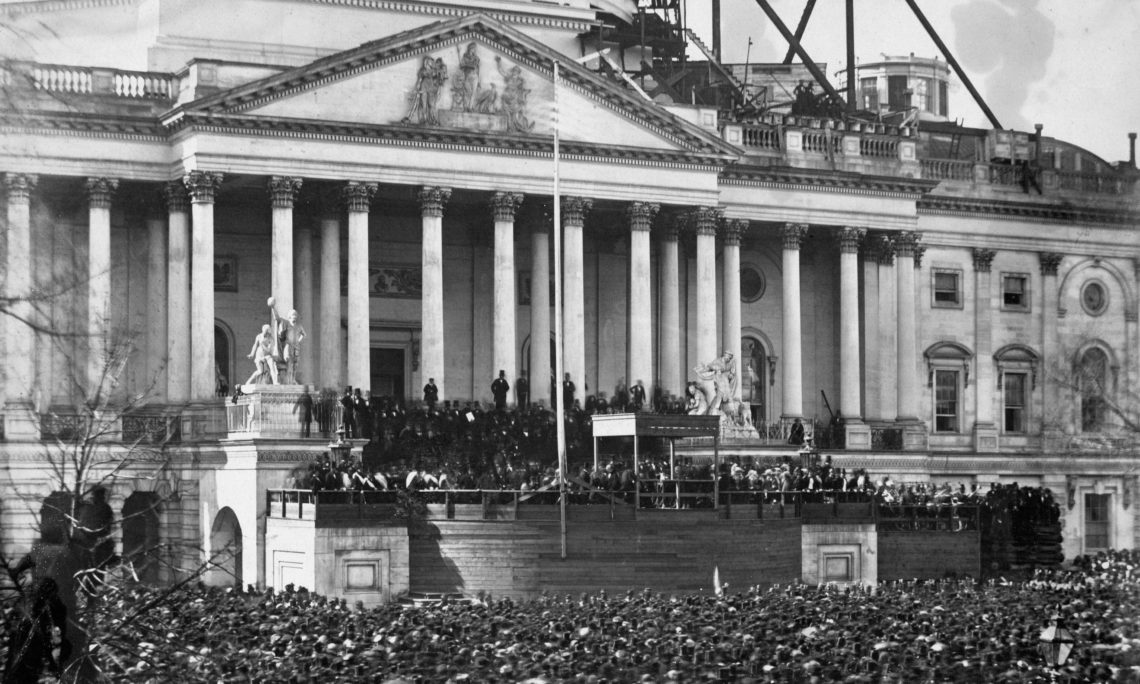 Monday, March 4, 1861, was a big day for Abraham Lincoln and for America. That morning, he and outgoing President James Buchanan left the Willard Hotel, which is nearby the White House, in a horse-drawn carriage bound for the Capitol. Shortly after 1 p.m., Chief Justice of the Supreme Court Roger B. Taney administered the presidential oath of office. With the swearing of his official vows, Lincoln became the 16th president of the United States. His speech was a very important one because he would be speaking not only as the new president but also as the leader of a nation in crisis. Lincoln was well prepared. He had sought lots of help to deliver the right message in his inaugural address.

For guidance and inspiration while composing his inaugural address, Lincoln turned to historical documents. All of them were concerned with states’ rights. Lincoln took office just months after seven Southern states had seceded from the Union and formed the Confederate States of America. The Confederacy opposed the new leader’s policy against the expansion of slavery to new states and had exercised what they viewed as their right to secede.

Lincoln sent drafts of his speech to his closest political advisers for feedback. William H. Seward, the future secretary of state, contributed ideas to several of the final passages, including the famous conclusion, “The mystic chords of memory . . . will yet swell the chorus of the Union, when again touched, as surely they will be, by the better angels of our nature.”

Lincoln’s inaugural address was stirring. He appealed for the preservation of the Union. To retain his support in the North without further alienating the South, he called for compromise. He promised he would not initiate force to maintain the Union or interfere with slavery in the states in which it already existed. Soon after, Lincoln received word that Fort Sumter, located in Charleston harbor, South Carolina, would have to be resupplied. The situation presented a problem, as tensions between the North and the South were very high. Resupplying the fort might inflame the situation because it was located in a slave-holding state. Yet Lincoln, in his inaugural address, had promised that the Union would not give up control of federal territory, such as Fort Sumter. The fort was resupplied, and Lincoln refused to evacuate it. The Confederates attacked the fort on April 12, 1861. The Civil War had begun, and President Lincoln was thrust into the middle of one of this country’s greatest crises.