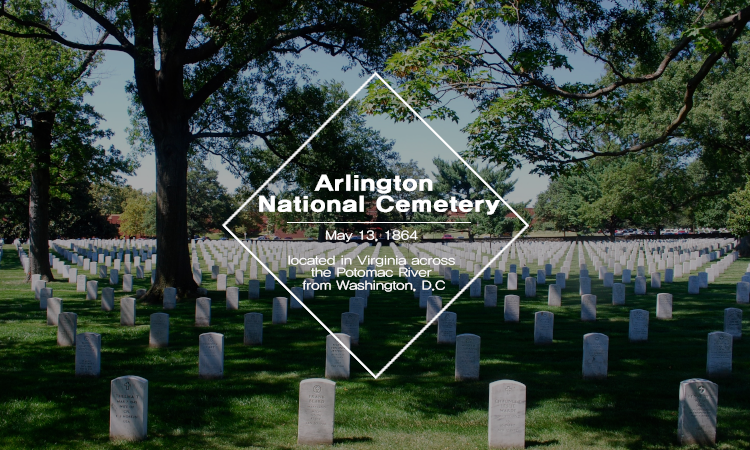 How do you honor the people and events in your life that are important to you? The United States has many monuments and sacred sites to honor people, ideas, things, and events that have left their mark on American history. Arlington National Cemetery is one of those sites. Have you been there? It is located in Virginia across the Potomac River from Washington, D.C.

On May 13, 1864, a Confederate prisoner of war, who had died at a local hospital, was the first soldier buried at Arlington. The cemetery now contains the graves of soldiers from every war in which the United States has participated, including the American Revolution. What day do you think is most honored at Arlington National Cemetery?

Each year, Memorial Day is honored at Arlington by placing a wreath on the Tomb of the Unknowns. The Tomb houses the remains of unknown servicemen from World War I, World War II, the Korean conflict, and the Vietnam War. Not all of the 240,000 people buried at Arlington are soldiers. You can also find the graves of John F. Kennedy and Jacqueline Kennedy Onassis. The location itself is full of fascinating stories from the past.

The grounds used to be part of Arlington House, where General Robert E. Lee and his wife Mary Anna married and lived until 1861. When Lee left to take command of the Confederate troops, the Union Army turned his old home into a military headquarters and the land around it into a camp. The Arlington House has now been restored to its pre-Civil War condition and is a memorial to Robert E. Lee. You can visit it and imagine yourself traveling back in time to the 1830s. If you could build a monument or memorial, what or whom would you honor?