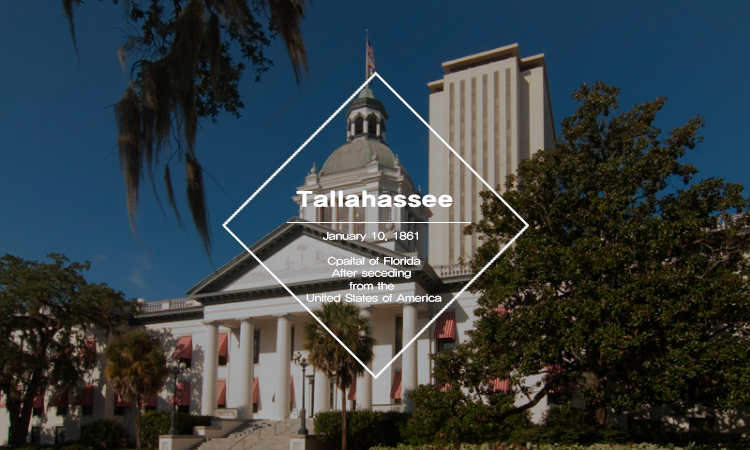 Conflicts over the issue of slavery and its impact on the South’s economy, in addition to other reasons, led to a split in the Union. One after another, Southern states were seceding from the United States of America. On January 10, 1861, Florida delegates who were meeting in the state capital, Tallahassee, voted to secede from the U.S. Florida became one of the six original Southern states to form the Confederate States of America; eventually, 11 states would leave the Union.

Though Florida had the smallest population of the Southern states, some 16,000 Floridians fought in the Civil War. While this was a small number when compared with other southern states, it was the highest percentage of available men of military age from any Confederate state. The state also provided resources valuable to the Confederate cause. Florida’s coastline had important harbors and its products, such as sugar, pork, and salt, helped to feed the Southern soldiers.

Very little military action took place in Florida, except in a couple of coastal cities. When Confederate General Robert E. Lee surrendered in 1865, Tallahassee was the only Southern capital held by rebel forces. What do you and your family think of when you think of Florida? The Sunshine State? Oranges? Beaches? Disney World? You might not think of Florida’s Civil War history.