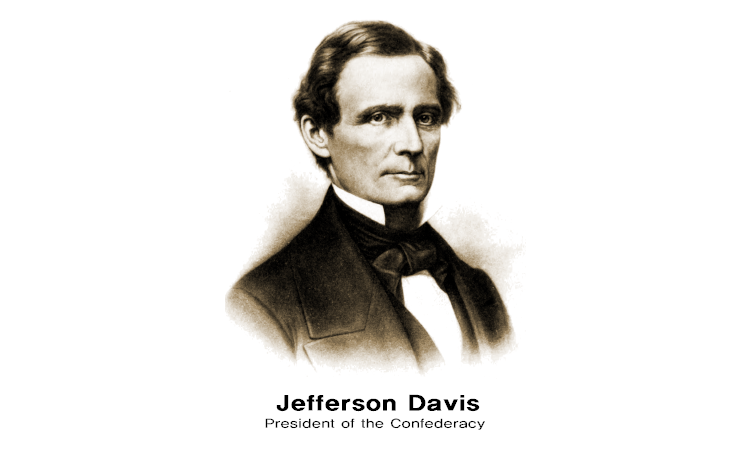 Jefferson Davis, the president of the Confederacy, had been captured!

Jefferson Davis (1808-1889), president of the Confederate states (the South) during the Civil War, was captured when the Union Army caught up to him on May 10, 1865, in Irwinville, Georgia. His best general, Robert E. Lee, had surrendered on April 9 at Appomattox in Virginia to General Ulysses S. Grant, which effectively ended the Civil War. When Lee surrendered to the North, Davis and his Cabinet moved south, hoping to continue the struggle until better terms could be secured from the North.

Davis recounted his capture in his book, The Rise and Fall of the Confederate Government. He was accused of treason and of planning the assassination of President Lincoln. Davis was taken to Fort Monroe, Virginia, where he was treated harshly. Although he was accused of high crimes, he was never brought to trial. After two years in prison, he was released and lived out the rest of his life in relative peace.

When Davis was inaugurated president of the Confederate States of America in 1861, he believed in the right of Southern states to secede and defended his belief until his death in 1889. He spent his remaining years in Biloxi, Mississippi, at the Beauvoir plantation. Davis never asked for, nor was he granted, a pardon for his actions. However, in a speech at Mississippi City, Mississippi, he said: “The past is dead; let it bury its dead, its hopes and its aspirations. Before you lies the future, a future full of golden promise, a future of expanding national glory, before which all the world shall stand amazed.”